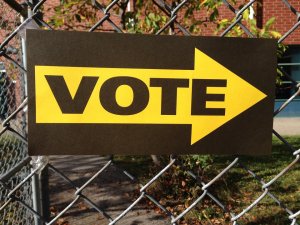 Who is my neighbour? – Adam Spiers

In their pastoral letter released prior to the 2015 general election, the Church of England’s bishops attempt to offer guidance to Anglicans as they prepare to vote.  ‘Who is my Neighbour?’, they ask, just as the lawyer in Luke 10:25-37 does.  Having correctly answered that the law requires him to love God and love his neighbour, the lawyer finds his concept of neighbourliness called into question. Perhaps this election we need to ask this same question.

Like most on the left, I have mixed feelings about the upcoming election.  Initially I welcomed it as a chance to remove a regressive government. However, early elections are called when the party in control feel they stand a better chance of winning now than they would do later.  This could be for a variety of reasons.  Perhaps the government is planning some awful new policy post-election that will see their popularity drop, or perhaps they fear a resurgence in the opposition for some reason.  Who knows?

What we do know is that the Tories are masters of propaganda and sound bites. Take, for example, their carefully cultivated image as the party of sound economics, despite all evidence to the contrary. Somehow, they still convince enough people that their policies which demonise, criminalise, and otherwise oppress the weakest and most vulnerable, are the best we can do, and as much as I may wish to draw attention to this, it is their ideology which really needs consideration.

Like David Cameron before her, Theresa May considers herself a one-nation conservative. One-nation conservatives ostensibly recognise some of the issues facing working-class and minority people, believing that those with power have a duty to help them. For them, this means a hierarchical and paternalistic approach to lack of opportunity and injustice. At the same time, neoliberalism- an ideology centred on the realisation of free-markets- has become the norm for mainstream British politics. This means that privatisation is introduced wherever the government feels it can get away with it.  From the NHS to public transport, all is up for grabs. Supposedly, this increases competition which then drives up standards, but the real effect is a reduction in the quality of service provided, a reduction in wages and workers’ rights, obscene levels of waste, an increase in the disparity between rich and poor... the list goes on.

After he is asked the question ‘who is my neighbour?’, Jesus answers with the parable of the Good Samaritan, in which a man is stripped, robbed, beaten, and left ‘half dead’. He is seen by two people of high social and religious standing, but it is the hated Samaritan who shows mercy. ‘Go and do likewise’, Jesus says to the lawyer in Luke 10:25-37. For all her posturing as the vicar’s daughter, Theresa May is not the Samaritan in this story, for when the bishops remind us of our ‘Christian obligation’, she has already crossed over the road. Whichever way you plan to vote on the 8th June, please for the love of God, remember the love of the Good Samaritan as you head to the polling station.

Corbyn is no Messiah- Rhys McKavanagh

It always struck me a foul aspect of the American Christian Right that they insert their personal interpretation of morality into their politics. Worse yet, their faith and religion is infused with a mess of political ideologies. They purport to speak on behalf of God, and anyone who doesn’t agree with them is “unchristian”. They sit in judgement of Christians who vote Democrat.

Yet, a similar thing has happened to the Christian Left. The number of memes I’ve seen shared that equate voting Tory with a deep immorality is shocking. One of these memes reads: “if you vote Tory, you’re voting to starve children”. I wish I was making it up! So, we struggle again with this blend of politics, religion, personal moral systems and self-righteous absolutism. Yet we are met with a dilemma: as Christians, it is not possible for us to develop a political view without paying notice to our faith or sense of morality.

As a Christian who is planning to vote Conservative in the General Election, I’ve had enough of the torrent of moralistic self-righteousness so I’ve decided to share my own about Jeremy Corbyn! The idea that he was a great pacifist figure in the Northern Irish Peace Process irritates me to no end. He voted against attempts at a peace process for Northern Ireland in the 1980s and consistently sided with the IRA. Corbyn didn’t help the peace process at all. He delayed it by enabling the IRA. Corbyn says that he was trying to get the IRA “on side”, but his involvement was far from noble.

Corbyn’s supporters believe he was always on “the right side of history”. The whitewash about his support of the IRA becomes crucially important then, because he has become a political Messiah and his followers believe that any criticism of him is a cynical ploy to take him down. Theirs is the politics of unquestioning loyalty and paranoia. As Trump put it “I have the most loyal people... I could stand in the middle of 5th avenue and shoot somebody and I wouldn’t lose any voters”: as with Trumpmania, so it is with Corbynmania.

I was struck by a comment from someone who has posted a lot about Corbyn. He seemed to be and may still be, voting for Corbyn. He said that if you have moral concerns about someone you should mention these concerns, with kindness and gentleness. He sensed my frustration and managed to speak to that frustration. Why shouldn’t I post my moral concerns about Corbyn? The key is not to abandon moral concerns, but we must not let this this become a political cat-fight. I won’t be posting any memes like “vote for Corbyn and you’re voting for terrorism”, but I will bring up my concerns and you should too. Beware you do not become the beast you are fighting though, because to the US Religious Right, no one who is against them can possibly be Christian. I have deep moral concerns about voting for Corbyn, but if I make the mistake of assuming that all Corbyn voters are amoral heathens, I encourage my friends to remind me of this blog!

Tags:
Politics
Deepening Faith
Jesus
< Back to all blogs