Helping refugees is crucial to our faith 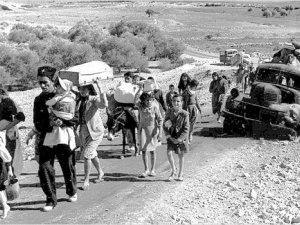 It often takes a shocking photograph or film to draw the world’s attention to a crisis, whether it be the BBC’s coverage of the Ethiopian famine in the 80s, or Turkish journalist Nilüfer Demir’s photograph of the lifeless body of three-year-old Syrian refugee Alan Kurdi.  On the one hand this is regrettable to say the least; the death of one child is surely too much.  On the other hand though, it is understandable.  Human brains are hardwired to respond to emotive stimuli; hard facts just don’t affect us in the same way.  This goes part of the way to explaining how hundreds of MPs can vote to refuse asylum to 3000 unaccompanied children, though it goes no way to justifying it.

Many of these same MPs claim some kind of affiliation to the Christian faith, including David Cameron himself, so it is doubly important that the Church speaks clearly on this issue.  To its credit, it has been fairly vocal on this and other social issues. However, it must be more proactive. Before we take a closer look at what the Bible has to say about the refugee crisis, I want to say one thing; the Bible is clear on this issue.  I do not say this lightly.  Despite initially being raised with emphasis on the idea of sola scriptura (that is, the belief that the Bible is the supreme authority in all matters of faith and practise), I am firmly of the opinion that there are surprisingly few issues for which the words ‘the Bible is clear on this’ can legitimately be uttered. The refugee crisis is one of the few exceptions to this rule.

In the Torah, Israel’s identity is inextricably tied up with the fact that they had once been oppressed foreigners in Egypt (Exodus 22:21; Leviticus 19:33-34; Deuteronomy 24:17-18).  Scholars are divided on the historicity of the exodus event, but the important thing here is that the self-understanding of Israel was that of an oppressed people escaping their intolerable situation.  Because of this, ‘the foreigner’ is to be regarded as equal to the native-born (Leviticus 19:33-34), with the same laws being observed (Exodus 12:49; Leviticus 24:22; Numbers 9:14) and with fair trials as if they were a citizen (Deuteronomy 1:16).  Further to this, the foreigner or stranger is consistently listed alongside the widow and the orphan: groups who represented the poor and oppressed.

Looking at the New Testament, we are told that Jesus was a refugee (Matthew 2:13-15). Perhaps this is to lend further credence to Jesus’ insistence that the two greatest commandments are to love God and to love one’s neighbour.  There is, we are told, ‘no other commandment greater than these’ (Mark 12:30-31).  Even more probing than this though, is Matthew 25:31-46.  Jesus warns of a judgement at which those who fed the hungry, gave the thirsty something to drink, and welcomed the stranger are allowed to inherit the kingdom, because it was actually for him that they were doing it.  Those who did not are ‘accursed’ and ‘depart… into the eternal fire’.  This is obviously striking language, but the implication of it should be clear: give all that you can to help those in need.

Of course there are those that will say that scaring people into doing the right thing is wrong, and I agree.  I do not quote Matthew 25:31-46 to scare people, but to show that God’s heart is absolutely with those who are in the worst situations, and with hundreds of thousands of people risking death to escape their intolerable situation in Syria and elsewhere, there can be little doubt that we absolutely should be taking and helping every single refugee: that's the gospel. You can choose to be a Christian, or you can choose to engage in a rhetoric that says we should not help refugees. You cannot do both.