Life at University as a Quaker Student 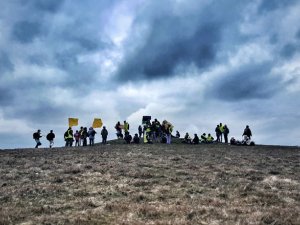 In October 2016, I found myself in a Quaker meeting for the first time. Raised vaguely Methodist and developing a firm commitment to that denomination during sixth form, I knew relatively little about the Quakers. I was aware that their worship was held in silent anticipation, waiting to be moved by the Spirit. I was also familiar with the four testimonies to peace, truth, equality and simplicity, with peace being the most familiar. Throughout my first meeting for worship, I was uncertain as to what I should be thinking about, if anything, and to a certain extent, remain unsure. Still, almost every week since that first meeting in October, I have attended a Quaker meeting either in Durham, where I’m in my second year studying Theology and Religion, or at home in North Yorkshire.

So, what has made me stay? Despite my uncertainty in meeting for worship, and my frequent inability to “centre down”, something about that hour of silence every week is essential for me: I need it to recharge, take a break and attempt to connect to God, or the inner light. Recently, I have started to visualise the inner light, or “that of God in everyone”, which I hope will radiate out from me, letting my life speak, as Quakers say.

However, Quakerism is not only about meeting for worship. The Quaker chaplain here in Durham once said to me that Quakerism may be more accurately described as a protest movement than a religion. This is because, though they are not seen as creeds or doctrines, the testimonies stir us up to action, as seen in history: Quakers have been involved in the abolition of slavery, prison reform and, more recently, the legalisation of same-sex marriage in the UK. It seems that Quakers have been on the right side of history for most of their 350 years, and as someone who tries to be an intersectional feminist and wants to be involved in campaigning for a more just society, the action side of the Quaker movement appeals to me.

On 6 May 2017, I took part in my first bit of Quaker action, joining Friends from across the UK to walk up Pendle Hill, where we held a 30 minute meeting for worship to protest fracking in the area. Fracking is a hot issue at home in North Yorkshire, so showing solidarity with Friends in Lancashire, whilst also getting the opportunity to visit this historic Quaker site was important to me. It also gave me the opportunity to meet other Quakers, which is always welcome, as the denomination is so numerically small. I hope to be more involved in events like this in the future: as Christians, we have a duty to campaign for climate justice and not sit idly by as the earth is destroyed by human action.

The more I learn about Quakerism, the more I feel like I’ve always been a Quaker, I just didn’t realise it for nearly 20 years. The testimonies are values I’ve held for years and for a year and a half before I first attended meeting, I carried a very Quakerly Bible verse with me. Psalm 46: 10 says, “Be still and know that I am God”. I have since found this verse useful when centring down in meeting, and I’m sure it’s no coincidence that I saw this verse as important in my faith before I encountered Quakerism.

As I write this piece, I’m about to sit my second year undergraduate exams and am waiting, not only on my results, but on whether or not Quaker Society will be ratified by Durham Students Union. If all goes to plan, I’ll begin my final year here as President of this new society, which will provide mutual support for students exploring Quakerism and the opportunity to work together on social action projects in Durham. My hope is that this new society will foster links between Durham Quakers and the student body, making our presence in the city known to people who, like me, may find a home in the Religious Society of Friends.

Written by Chloe Scaling, second year undergraduate student at the University of Durham, studying Theology and Religion. Click here for more information on the anti-fracking action.