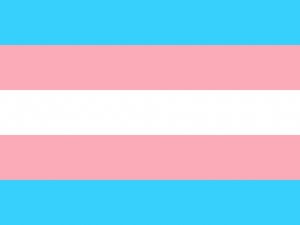 The Nashville Statement – a statement signed by many ‘evangelical church leaders’ which denounces LGBT identities – has been responded to by so many people, and has caused so much pain, that it feels difficult to write more. It matters though, and so I will give it a try.

Many of the arguments against same sex relationships and marriage are predictable, and so I don’t wish to credit them by arguing back, other than to say that they stem from a very narrow reading of Scripture, and deny relationship to many – not just those who happen to be LGBT.

What I do want to talk about, though, are the statements made about transgender people. Trans people haven’t been mentioned much in church discourse on gender and sexuality and so these statements matter. And they are bad. Very bad.

Articles 3, 4, 5, 7 and 13 contain affirmations and denials which tear apart the identities of trans people, and basically deny their right to exist. I won’t link to the vitriolic text but, to give you some idea, it is summed up in the following:

Wow. Reading this as a transgender person makes it difficult to breathe. My identity – which I believe has been created and revealed to me by God – is shunned, shamed, negated, judged, misunderstood and undermined. I am afraid of what the people who signed the statement – some of whom I know and work alongside – think of me, and the harm they may wish to do to me. Reading it as a Christian makes me want to weep. I do not know how we can evangelise and share good news with a new generation if this is what many Christians think of as good news. I do not know how we can build a kingdom of redemption, an end to separation and an openness to God’s liberation if our thinking is bound up in rules and regulations that were not written for us. They were not written for today.

I could respond by telling my story, or by refuting the theology behind this statement, as I have done many times before. My gut won’t let me though. The pain, frustration and anxiety that this statement causes begs me to write my own statements in response. They won’t say everything – I don’t claim to know the whole truth, or to even be able to fully express what I do know, but I hope they express something of the errors behind this thinking and the hope that I believe we must hold on to.

1. I affirm that God created ha-adam – the human. A creature created of earth and enlivened by the breath of God. A creature that looked into its mirror, its flip-side, the creature taken out from within it and recognised himself in her eyes. A creature male and female, conjoined and separated, genderqueer and fluid, open to all of the possibilities that God enables.

I deny that God created any form of division – of gender or of any of the other arbitrary categories that humans have created over the millennia. I deny that sex or gender are a binary, knowing that many faithful, Spirit-filled people experience a spectrum, an ongoing creativity. I deny that our inadequate English translations of Scripture honour the colourful characteristics and range of meanings found in the Hebrew text.

I deny that those who fall between the false binaries of male and female are created as ‘less than’. I deny that our genitals are the measure of our value as human beings. I deny that any person has a right to be concerned or curious about the genitals of any other. I deny that trans identities are self-conceived.

I deny that God’s grace refuses to sanction life in all its fullness.

Loving God, forgive us our attempts to separate and categorise, and help us to imagine the possibilities of your grace and to feel the call of your passionate love for us. Amen.

Tags:
Seeking Justice
Celebrating Diversity
< Back to all blogs