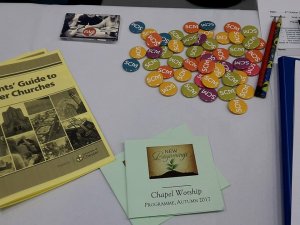 During the summer I spent some time searching through university websites working out welcome week dates, and emailing chaplains in cities where I thought I could be the most helpful. This meant I ended up finishing last week with a day in Warrington and a day in Chester. Both days were spent on the Chaplaincy stall at Freshers' Fair at the two campuses of the University of Chester. It was great to give out information (and sweets!) to the hundreds of students passing by, as well as getting free pizza and fortune cookies!

Monday took me to Lancaster to support the chaplaincy there as they held their soup lunch for Freshers. I spoke to well over 200 students in just 90 minutes who had found the chaplaincy within their first few days on campus and wanted free soup. I used my stewarding skills to keep them in an orderly snake-like queue while the chaplains and helpers from the local Quaker meeting served cups and cups of soup.

The past week has also included the commissioning service at St Peter's House. It was great to have the team of 14, including Chaplains, Support Staff, Associate Chaplains, Student Chaplaincy Assistants and Partners like SCM, supported by the local denominational leaders, universities and friends of the chaplaincy. After that I had my Annual Development Review, exploring everything the last year has been about.

Since Tuesday I've been desk-based, and this has meant I've been able to catch up with my emails, and I've met with students through Coracle and skyped into the SCM team meeting. 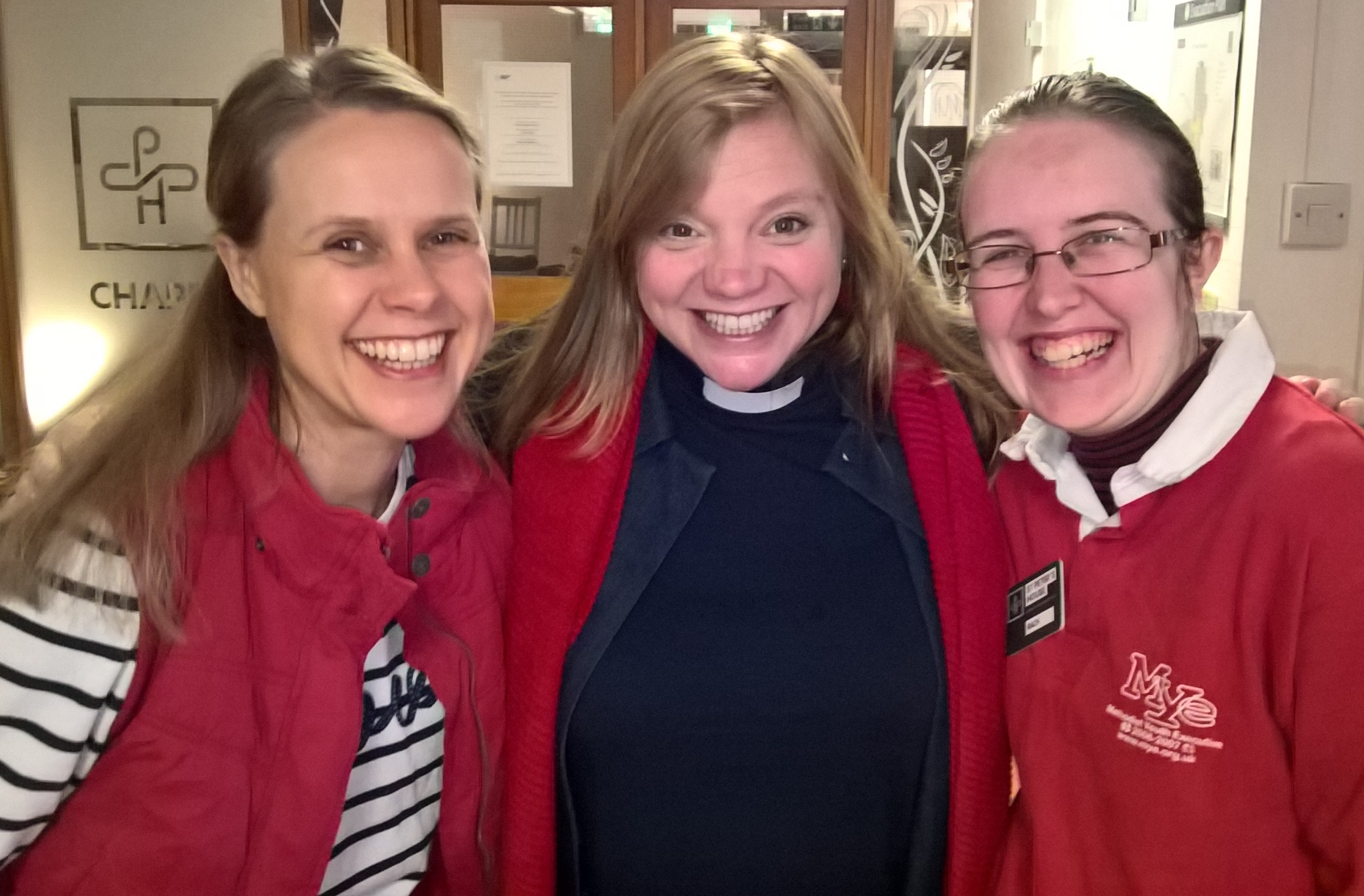 Then on Wednesday Revd Kate Bottley turned up as part of a BBC Radio Two programme that will be on air on the 24th October, and Caroline (one of the Chaplains at St Peter's House) and I got our photo taken with her!

No two days are ever the same in the North West. Bring on Thursday!