The Rhythm of Fast and Feast 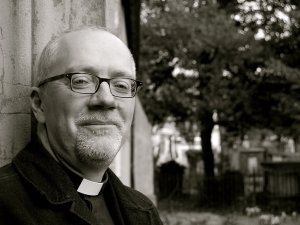 It was One World Week. Our midweek evening Eucharist was especially themed around the events of the week, focusing on issues of justice and fairness in the sharing of global resources.  Our readings and prayers reflected on the theme, and we went on as usual to the communion. When the priest began to administer communion, without any fore-warning, she ignored the majority of the congregation. The bread and wine were administered only to about a quarter of those present. There followed another meditation on the injustice of exclusion – and only then was communion given to the rest of us in the congregation.

I was one of those who was not offered the bread and the wine, and even though I had helped to plan the service, the effect was shocking. How could this celebration be taking place all around me, but I was refused entry? Who decided that those others were worthy of receiving when I wasn’t?  How could something which was offered for all to share, be restricted to only a few?

Transposing the inequality and exclusion of the world’s resources into a different frame, like that of a small-scale Eucharist, can help us to appreciate once again what is going on day by day, to stir our wills to act and our hearts to care. But I hope that this specific transposition meant something more. The Christian tradition of eating and drinking as a central part of worship points back to the materialist nature of Christianity, its engagement with the physical creation and the bodily lives of human beings.  The food we eat is not there merely to sustain our physical bodies so that they can fulfil a ‘higher’ purpose. On the contrary:

“Creation is a cosmic banquet that participates in God’s nurturing sharing ... the Incarnation can be seen as a material continuation of this cosmic, Eucharistic banquet. That is, God initiates a radical self-giving by becoming food itself, incorporating – and thus transfiguring – humanity into Christ’s body. And further through this self-giving, humanity is brought into the divine, Trinitarian community." - Angel F. Méndez-Montoya  in The Theology of Food: Eating and the Eucharist

The food that we eat, and the way we eat it, make a difference to our relationship to God. The good gifts of the earth are offered in creation; the victory over death promised in Christ is mediated through the food of the Eucharist. If that means anything at all, it cannot stop there – our daily eating and drinking must then be part of our response in gratitude and love to the creative and redeeming love of God.

So what would it mean to eat and drink for the kingdom of God? I’d like to suggest two dimensions, out of the many directions in which one might go: something about our individual patterns of eating and drinking, and something about our global responsibilities – and how they tie together.

Firstly, if food is about faith, it’s not simply a question of filling up on whatever’s cheapest this week – whether at Lidl or Subway. It’s not always about filling up at all. I was recently part of a team putting together a range of simple leaflets about Christianity (see www.gospelimprint.com). Whenever we printed some out and left them at the back of church, they all went – but the one on ‘Fasting’ stayed around much longer than the others. Understanding our eating as part of our response to God should involve us in recovering the rhythm of feasting and fasting. At the moment, we tend just to go along with the permanent feast, Western society’s permanent binge, especially on fat and sugar. It doesn’t help that they’re often the cheapest and easiest foods to buy and consume. And there are the guilt trips about body image that so many of us have – so you can end up eating too much of the wrong things and feeling rubbish about it. Not a great result.

The rhythm of feast and fast recognises and celebrates the goodness of all God’s gifts. Christianity doesn’t have clean or unclean foods: part of the recognition that God’s love was equally shared among Jews and Gentiles was the understanding that all God’s creation is equally ‘clean’. Human life without parties, with generosity, without fun is lacking something – it’s not really reflecting the joyful, overflowing, reckless love of God. The ‘fasting’ part of the rhythm isn’t about that ‘morning after’ feeling (‘I’m never going to do / eat / drink that again’). To quote from that helpful ‘Fasting’ leaflet:

‘Fasting has nothing to do with hating or despising the world and its material goods, nor is it a form of punishing oneself. These are misconceptions. Fasting is one of the ways we deepen our awareness and openness to God. By refraining from some things – it might be a particular food or perhaps some form of entertainment – a person steps back from the usual distractions to give particular attention to God. An outward restraint can be the symbol of an inner attention, and a help towards it.

When Jesus fasted in the wilderness, he did so in order to clarify his relationship with God and the nature of his calling. To face inner temptation he needed to explore how he stood in relation to material needs and worldly power, and to affirm that his ultimate trust was in God: “One does not live by bread alone but by every word that comes from the mouth of God.” (Matthew 4: 4, NRSV).’

That’s a bit about ourselves - so how about eating and drinking for the sake of the world? Enough Food for Everyone IF... reminds us that

‘Nearly one billion people go to bed hungry every night, and three million children die from malnutrition every year. We've made progress in other areas, but hunger is still the great scandal of our age. All around the world, even in the UK, people are struggling to feed their families.’

The big changes that need to come in order to end world hunger are in the hands mostly of big businesses and governments, but that’s not the point. But every day we just give up on our part of that, we’re grabbing another piece of the world’s Eucharistic bread. It’s up to us to share, as equally as we can, the gift of life which God wants for all humanity. Just by reining in a bit of our shared Western gluttony, we are bearing witness to the fact that we live by a different principle.

Paul wrote to the Corinthians: ‘When you come together, it is not really to eat the Lord’s Supper. For when the time comes to eat, each of you goes ahead with your own supper, and one goes hungry and another becomes drunk’ (1 Cor 11:20-21). Only when all are fed will we fully share in the supper of Jesus; only then will we be fully part of the life of God.