The Theology of Story: Part One 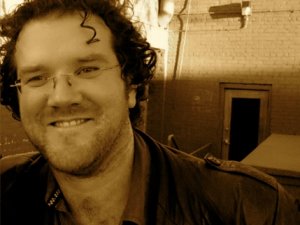 At the Greenbelt festival a number of years ago, the late John O’Donohue posed a magnificent question. ‘After the morning you discover that you’re the son of God,’ John asked, ‘what do you do for the afternoon?’

He delivered the question with his usual charm. He went on to tell stories of people he knew who thought that they were incarnations of God Almighty, but I was left with the question. Part of why it is such a good question is that it takes the person of Jesus of Nazareth seriously. What would it have been like? Did Jesus think his sense of his emerging identity was, in a certain sense, anywhere from mildly to wildly delusional? If he didn’t, why didn’t he?

I’ve been reading the Gospel of Matthew lately. Truth be told, it’s been my least favourite Gospel up until now. Jesus preaches more in Matthew than he does in any other of the three canonical Gospels. His sermons are meaningful but long, and I’m never convinced that I’ve understood the sequence of one point to another. I’ve taken a safari through Matthew a few times in the last few years, and this is the latest journey. To my delight, I’m loving it. In the fourth chapter, we read that Jesus ventured out into the desert; indeed, was led there by the Spirit, to be tested by the devil.

When I was a small boy, I asked for a children’s Bible for Christmas and was duly furnished with one. The first thing I did was to look through the pictures accompanying the Gospels to see if there was a depiction of this scene. Sure enough, there was: a sky-blue devil with horns and cloven feet and a podgy belly. I was thrilled. As I’ve grown older and begun to face devils of my own, I’ve wondered what to do with this depiction from both Matthew and Luke’s Gospels.

In Matthew’s Gospel, the temptations go in the following order: bread from stones; throw yourself from the temple; worship and you’ll get all the kingdoms of the earth. BBC Radio 4 did a great drama about this a few years ago that took the narrative a little further. Having valiantly resisted the first three temptations, Jesus was subjected to some further ones. Initially, he was offered a wine gum. ‘Nope,’ he said. ‘It’s a blackcurrant flavoured one!’ the devil coaxed, but Jesus’ resolve was firm. He finally cracked to the pressure when offered the back of a spoon to crack the foil on the top of a coffee jar. It was enjoyable humour, but, again, it took the question of temptation seriously, albeit by being unserious.

In Matthew’s desert, Jesus has committed to a project of fasting. He was hungry after 40 days - no wonder! - but he had committed to something. His first temptation is to break from what he had committed to. Suddenly stones and bread are not the point; the point is whether we can stick to something we have resolved to do. And then, we hear an echo of something so awful that it may feel shocking to consider. He finds himself face to face with his own destruction. Throw yourself from a high place. End it all. Will you be caught? Won’t you? Will you? Won’t you? My best friend took his own life one awful August night when we were both in our twenties. What devils of his own voicing was he hearing? Then, the other side to destruction: power. Take it, use it, throw it down, take it up, use it now, use it often, use it for your own good, just throw your integrity at the feet of something else and get all you can from it. Nelson Mandela said that we’re more afraid of our capacity than we are our incapacity. I’m not sure you can measure, but I do think he had a point.

Why am I telling you this? Why can’t I stick to a point? Why do you, in the midst of a story of the temptations in Matthew, now know about my best friend, my childhood Bible, a radio drama, Greenbelt, and John O’Donohue? Because we live by and with our stories, that’s why. Were I tasked with the job of arranging the sequence of the New Testament texts, I’d put the Gospels at the end. They were, after all, written later than most of the other texts. I love that what began as a tradition of letters and of theological reflections on the meaning of a birth, life, death, and resurrection ended with a collection of stories that incorporate a desert, a foreign woman, a stoning-stopped, a persistent man, four faithful friends, mealtimes, controversy, argument, upset, and encounter.