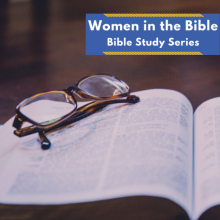 God, who rules over a world as divided now as in the days of Esther, help us to find you in her story, and to learn from you how in our own day to resist those things that destroy relationships, and strive for peace and justice for all people. Amen

The book of Esther begins and ends with feasting. Between these two ‘bookends’ lies a gripping tale of power games, intrigue and rivalry which although savage is written with a light, even comical, touch. This may surprise you for a biblical book: humour, though, is a gift of God, and quite seriously enables us better to cope with tragedy. The story tells of how Jews living in Persia in the 5th century BCE (those who didn’t return to Israel at the end of the Exile) were saved from annihilation by the family duo of Mordecai and Esther. In literary terms we would call it a novella, ideally to be read at a single sitting. You may not have time to do this, so here is a ‘reduced’ version of the plot to help you locate in the bigger picture the passages we’re looking at:

Opening scene: Drunken king, holding extravagant party, sent for wife 1; Queen Vashti: ‘No way!’; Banished; Beauty contest for replacement. Enter Esther: Won contest; Kept quiet about being Jewish; Became wife no 2. Enter Mordecai: Esther’s cousin/guardian; Hung around the palace to look out for her; Heard servants plotting against the king; Saved king’s life. Enter Haman: Became Prime Minister; Fancied himself; ‘Bow down to me’; Mordecai: ‘No!’; Haman: ‘OK then, all Jews must die. Roll the dice to see when.’; A year hence. Crisis: Mordecai to Esther: ‘Go to the king’; Esther to Mordecai: ‘The novelty’s worn off. We don’t see so much of each other now. I might be killed’; Mordecai to Esther: ‘You’ll die anyway. You're the only person who can stop it.’ The outcome: She went, she lived; Haman slipped up, was hanged on gallows meant for Mordecai; Mordecai favoured as reward for saving the king; Jews saved (they killed some Persians instead); Jewish feast of Purim (Lots) commemorates it.

In this first reading, you will notice themes which reappear throughout the book, such as extravagance, exaggeration, irony, power especially of the written word. King Ahasuerus (probably Xerxes 1, 486-465) loves display and ornamentation. Wine, servants and women boost his ego and reputation, making us very uncomfortable. Women are objects, dismissed and replaced at the king’s pleasure (and displeasure). Vashti, though, doesn’t disappear: her legacy of speaking out lingers on. Esther too is not the mindless manipulated beauty she may appear at first. The stage is set for quite a drama!

Take a few minutes to note, and enjoy, the ridiculous elements in this story.

Our amusement also disturbs us. Is our society so different today?  Where are its own excesses, examples of material extravagance being used in dubious if not immoral ways? How are we tempted to collude with this culture? What if buying into it would help further our careers? How does our faith guide us in deciding when and where to take a stand?

Uniquely in this story, even minor characters are given names. Many are eunuchs, emasculated and of no account. Think about the power of naming, how it feels to be called by name, and recognised as a subject.  Remember God says: ‘I have called you by name; you are mine’. (Isaiah 43.1)

Vashti is an icon for abused women; she said ‘no’ to (possibly sexual) exploitation. We know more today about ways women are treated as objects. Men suffer abuse, too. It took courage for Vashti to say ‘no’, but we all have a God-given right to own our bodies and our personal space. If this is an area that affects you, then let Vashti give you the courage to speak, to seek help.

Loving God, forgive us when we live excessively, and hurt others. Support us when others hurt us and forgiveness is difficult. Thank you that whatever happens in life, you still call us by name and claim us as your own, that nothing in all creation can separate us from you.

Written by Anne Phillips, a Baptist minister now living in beautiful Derbyshire after spending many years working as an educator in churches and theological college.