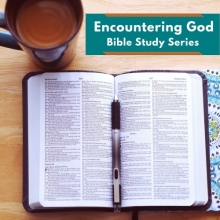 Loving God, we ask for the presence of the Holy Spirit to illumine your Holy Word,
to the end that we may be enlightened, renewed and brought closer to you.
In Jesus’ name we pray.
Amen.

The passage for our Bible study can be broadly divided into two parts, the first part being the episode related to the coming of the Holy Spirit and the resultant manifestations (vs 1-13). The second is the beginning of Peter’s speech (vs.14-21). The coming of the Holy Spirit takes place on the Jewish day of the festival of the Pentecost. The Jewish festival of Pentecost was on the one hand the harvest festival for the Jews or Feast of Weeks in O.T. (Ex. 34:22; Dt.16) and also a commemoration of the giving of the Law at Sinai. Pentecost is from the Greek word 'Pentekoste', which means 'fifty'. It used to be celebrated fifty days after the Passover and in the Christian liturgical calendar it is followed fifty days after Easter. For our meditation and reflection we start with explaining some key verses of the passage:

Vs.1: The passage begins with the information that the disciples and other followers were gathered in one place. It brings home the fact that the Spirit fell, not on an individual but a gathered community.

Vs.2-3: The Spirit came with the accompanying signs of the sound of the wind and fire. These signs were important since in the O.T. divine epiphanies always carried such symbols which implied God’s presence.

Vs.3-4: The Spirit’s coming empowered the people with tongues of fire which symbolised ‘speech’. Here the power of speech was given to all of them present who started to speak in other languages glorifying God. It is important to note here that they spoke in ‘other tongues’, or languages (Gk.heterais glossais) and were not ‘speaking in tongues’ (Gk.glosolalia) as attested to in other parts of Acts narrative (e.g.Acts 10:44-48). This is proven by the fact that the people who came there as spectators heard them speak in their own languages (v.8).

Vs.9-11: The list of nationalities given refers basically to Diaspora Jews living in Jerusalem and not visitors over Passover, implying God’s particular plan for the Jews, which of course did not mean an exclusive privilege, which Peter discovered later (Acts.10:34,35).

Vs.17-21: Peter’s speech starts with reference to Joel 2:28-32. Luke changes some words in it. He replaces ‘in the last days’ in place of ‘after’ which gives it an eschatological (end-time) meaning. The verses point to the fact that the Pentecost Spirit is for ‘all flesh’, and it is basically a Spirit of prophecy which both young and old receive. It is given to all those who invoke the name of Christ.

The Pentecost event is one of the most important events in the life of the Church.

It signifies the birth of the church and also shows that God works in and through communities and the Spirit works to unify communities. Another important aspect is that the Spirit empowers us for speech. The silenced, the confused, the marginalised and the broken find power through the Spirit to speak up as did the disciples. The Spirit also empowers others to raise a voice for the voiceless and the oppressed. Moreover, the Spirit affirms diversity.

The Spirit opens up our eyes to the reality that we are all different and diverse in our own ways, but that should not be the cause of division. We can still be united in diversity. The people hearing God’s glory in their own tongues points out that the gospel ought to be broken down into the language of the people, not only in terms of tongues, but socially, culturally and contextually. Moreover, Pentecost encourages us to be prophetic, explore counter cultures in favour of justice and peace. It helps us to dream and see visions of a new world order where God reigns. So the Pentecost miracle is not about some heavenly unintelligible speech, but the language of the people and the earth, where God calls us to unite, amidst our diversity, and suffering to a life of equality, justice and peace.

Dear Lord, shower upon us your grace, that through your Holy Spirit we might live to be the voice for the voiceless,
respect diversity, and be empowered for a ministry of unity and justice, through each day of our lives. In Jesus’ name we pray.
Amen.

Written by Swarup Bar, Presbyter/Minister from Diocese of Calcutta, Church of North India(CNI), currently pursuing doctoral research in Systematic Theology at the University of Edinburgh.