Who works for SCM? 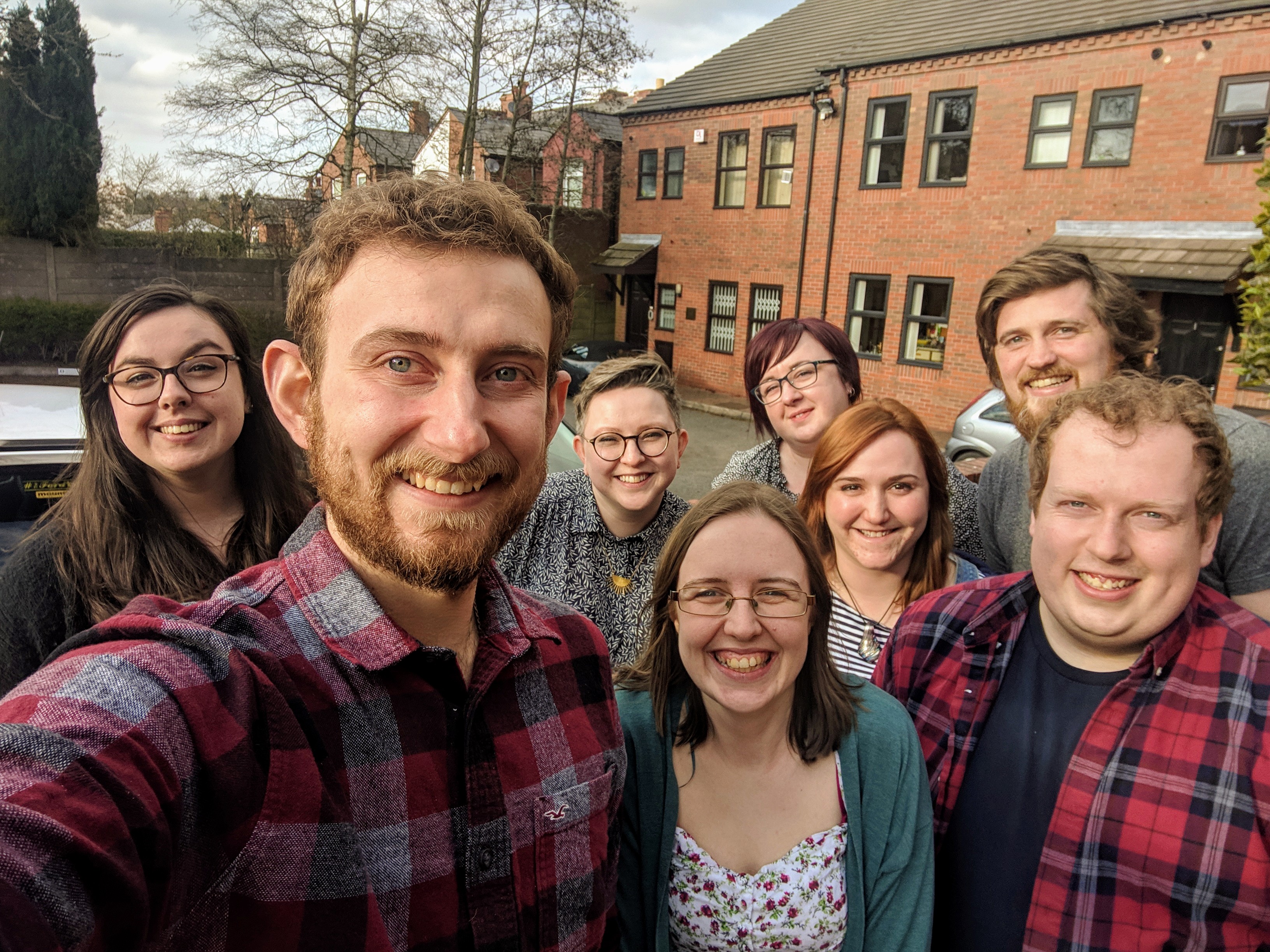 Operations Manager – Lisa Murphy Lisa oversees SCM's operations, including managing SCM's finances and project work. She also manages some members of the staff team and supports the Trustees as the Company Secretary. Before working for SCM Lisa completed a foundation degree in Youth Ministry at Newman University in Birmingham,  and has worked as a chaplaincy assistant and youth worker. Lisa is a Catholic and likes the colour purple, sunshine and being by the sea.
Finance and Communications Officer - Ruth Harvey Ruth is part of SCM's Communications team and has a particular responsibility for blogs, social media and E-news. She also deals with the financial admin alongside Lisa. Before joining SCM Ruth was based in Cornwall where she studied Fine Art at Falmouth University. She stayed in Cornwall for a few years after graduating in order to follow a career as a Fine Artist, and now works part-time with SCM in order to continue to pursue her passion for painting and drawing. She enjoys binge watching Gilmore Girls, Brooklyn 99 or The Office (US), visiting National Trust houses with her husband and going for brunch (eggs benedict is a firm favourite).
Regional Development Worker (North West) - Rach Collins Rach works with groups, chaplaincies and Link Churches in the North West region. She studied Youth and Community Development Work at the University of Cumbria in Lancaster, and has worked in Methodist Churches with children, young people and families. She has a variety of random skills including throwing bowls on a potter’s wheel, face painting, puppeteering and making balloon model dogs. Rach is a Methodist and is involved with Methodist Women in Britain. She is a seventh generation preacher and enjoys finding ways of using creative prayer in her services. In her spare time she enjoys knitting, watching TV boxsets, and is obsessed with Geocaching.
Regional Development Worker (North East) - Emma TempleEmma works with SCM’s students, communities, churches and chaplaincies in the North East and Yorkshire, as well as heading up the Faith in Action project. She has been involved with SCM since her undergraduate days studying philosophy in Leeds, and still lives in Leeds studying philosophy for a part time masters. She has previously worked with students through chaplaincy outreach and working to support international students. Emma has always seen social action and faith as intertwined and has worked with Student Action for Refugees, been involved with protesting the arms fair, volunteered in her local real junk food café, and has a passion for craftivism. She loves singing, cooking, crafting, Jesus, kittens, and a good cup of tea – not necessarily in that order!
Regional Development Worker (Scotland) - Caitlin Wakefield Caitlin works with students, groups, churches and chaplaincies in Scotland. She studied Theology and Religious Studies at the University of Glasgow and loves helping students explore biblical studies and feminist/queer theology. She lives in Glasgow with her partner and a large collection of stoneware mugs. Caitlin has previously worked in finance and as a charity trustee. She is a Scottish Episcopalian, an altar server, and a lover of liturgy, religious iconography, and church architecture. Caitlin is committed to hospitality and service as a part of the life of faith. In her spare time she likes to knit, read, make jam, and scour charity shops.
Regional Development Worker (Midlands) - Rob Chivers Rob works with SCM’s students, communities, churches and chaplaincies in the Midlands and is the SCM connect project lead; responsible for developing SCM’s work with 16-18-year olds, helping them to prepare for university and grow in their faith. He was born and raised in Croydon, South London before moving to Coventry to study at Nexus Institute of Creative Arts for 3 years. Rob then went on to study Youth Work, Community and Practical Theology at CYM in Oxford while being placed in a church back in South London. He has now moved back to Coventry with his wife. Rob is from a Baptist background and is now involved in a Church of England plant. Rob is a drummer, a lover of a wide range of musical genres, occationaly attempts competitive sport, ejoys craft beers, listening to exciting mind-expanding theology and social gaming.
Church and Community Fundraiser - Simon Densham Simon supports the Movement by encouraging churches, partners and students to engage with SCMs fundraising opportunities. Simon studied Youth, Community and Practical Theology with CYM in Cambridge. He has since moved to Birmingham working for a number of different charities and churches including a previous stint with SCM. He attends an Assemblies of God Church but is from a Baptist background and is very ecumenically minded. Simon loves rugby and captains a local side, he also enjoys playing a variety of instruments and seeking out the best single malt whiskey he can find.
Administration and Database Officer - Callum Fisher Callum supports the staff team at SCM with general administration. He was brought up in Solihull before moving to Coventry to study Popular Music and Worship at Nexus Institute of Creative Arts, and completed his degree at Southampton Solent University. He has gained administration skills from opportunities alongside his studies and in his full time employment since graduating. Callum attends a newly planted Church of England church in Coventry, and enjoys getting stuck in there and helping out. He is working part-time with SCM, and is continuing to study and teach music and perform regularly. Callum also enjoys cooking, travelling and watching the rugby.