Advent Joy: Waiting for the Saviour 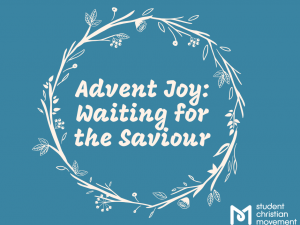 Guided by the Spirit, Simeon came into the temple; and when the parents brought in the child Jesus, to do for him what was customary under the law, Simeon took him in his arms and praised God, saying,

“Master, now you are dismissing your servant in peace,

according to your word;

for my eyes have seen your salvation,

which you have prepared in the presence of all peoples,

a light for revelation to the Gentiles

Advent is often seen as a period of waiting. Waiting for the birth of Christ. Waiting for the Big Day. Waiting for the presents and the food and the bad Christmas TV. I’ve often found waiting for Christmas an odd prospect. The Christian faith surely seems more grounded in Easter than in Christmas; it is, after all, the death and Resurrection of Christ – rather than His birth – which holds within it the hope of salvation and redemption. Obviously, Jesus needed to be born in order to die for us, but was it that special as an event? Is it something to long for, in the way the shops want us to?

I’m reminded of Simeon, the man in the temple who sees Jesus as a babe and hence declares that he can die happy, having seen the Saviour. He was waiting his entire life to see Jesus, to see God incarnate as God was in that child, and once he had encountered that for which he had been waiting, he was overcome with joy. It’s implied that Simeon died not long after; he wasn’t around (at least on the mortal plane) for the death and Resurrection of the babe in the arms of the virgin before him, for what we celebrate at Easter. Perhaps that’s what is truly important when it comes to Christmas. We still need to wait for that which our entire tradition hangs on, but the birth of Christ is a necessary prerequisite for that. Simeon understood that, when he saw the baby Jesus. Perhaps that’s what we need to see as well: the joy of the necessary first step of a journey that spreads out across all eternity. And that, I believe, is definitely something worth waiting for.