After Brexit, a Light at the end of the Tunnel 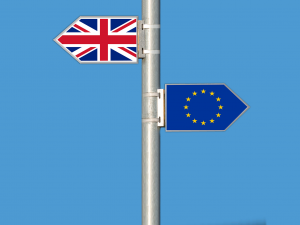 I write the day after the Church of England’s General Synod had an emergency debate and passed a motion calling for ‘all to unite in the common task of building a generous and forward looking country, contributing to human flourishing around the world’ and encouraging all members of the Church of England to play an active part, with everyone in civil society, in pursuit of this task. At its conference the Methodist Church passed a resolution calling for respect and tolerance in our national life in the wake of the divisive EU referendum campaign and encouraged its members to send a statement to their MPs

In both cases this is a response to analysis of why people voted to leave and to the increase in xenophobia. There is no doubt that the gulf between our government and those under most pressure in our society has widened and, unusually, the referendum was a unique opportunity for the electorate to cast a vote which would carry its full weight. Those who felt unheard were able to give voice to their view and to be heard. Those votes were expressing dissatisfaction with all sorts of issues, some of which had nothing to do with the EU at all.

Whilst I do not believe that those who voted Leave are all racist, it is the case that some of the dissatisfaction in our society is finding its expression in the xenophobia which has exploded across our country in the last two weeks. It is not the racism of ignorance which people, like my mother, experienced in the late 1940’s and 1950’s – or the sort of racism I experienced as a primary school child or when I lived in particular parts of Liverpool 36 years ago.  It is no longer a matter of colour, it is pure xenophobia. It is experienced by those who are seen as ‘other’, whether their families have been in England for weeks or for generations, whether they are from the North American continent, or from Asia, whether they are in their 70s or, very sadly, in nursery or primary school. It is in the supermarket, on the bus and on the train, it is a patient challenging a member of NHS staff in the lift or even during treatment. It has left a lot of people in this country, myself included, feeling more vulnerable than they have ever felt and, along with others, wondering just what ‘British’ values now are.

Over the last few days, the media reports are, finally, not just of the xenophobic behaviour, but beginning to bear witness to individuals standing up for those being abused, often following the lead of one brave person which is then followed by others. There is media advice on how to express support and to stay safe (the best so far is to talk to and affirm the person subject to the abuse rather than engaging the abuser).

For me each of these reports provides some light at the end of what has felt like a long, dark tunnel. They are signs that people in this country of ours have been stirred into action, that they, like me, do not want to buy in to a culture of hostility.

This is the foundation of the call of Methodist Church ‘for respect, tolerance and hospitality to the stranger’ and their reminder that ‘all bear the responsibility of speaking and acting for healing, reconciliation and mutual respect’. Whether members of the churches voted leave or remain is irrelevant, we must all be part of the task to build a ‘generous and forward looking country’ for it is only in such a country that all will be valued as uniquely created and gifted by God and can reach their potential for the good of all.

Written by Canon Margaret Swinson, General Synod Member for the Diocese of Liverpool.

Tags:
Brexit
Politics
< Back to all blogs