After the Trident Vote in Parliament: What Next? 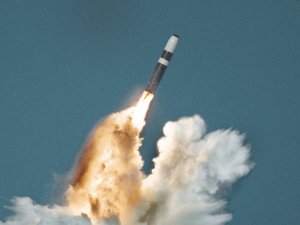 So parliament voted to maintain nuclear weapons. Is that it? All that campaigning for nothing? Why should we continue on? Well, before you put away your banners and unlike the CND & ICAN Facebook pages, let me tell you why I think that giving up is exactly the last thing we should do. Post-Trident vote, the only sensible response is even more active, faithful witness against nuclear weapons.

As a Quaker, the heart of my faith can be simply defined as believing that there is ‘that of God in everyone’.  This may seem a simple theological foundation for a faith, but it is deceptively rich. All that Quakers stand for flows from this. Our worship, our decision making processes, our testimonies and our understanding of the divine: all are based on this radically egalitarian statement. If we are to live out our faith, we are compelled to oppose all inequalities, including the greatest inequality of all: the killing of another human being. For if the light of the divine is within everybody, when can we ever be justified in gaining such a position of unequal power over another as to be to able to end their life and extinguish the divine light within? It is from this radical belief that Quakers such as myself are compelled to a pacifism which opposes all means and modes of killing such as nuclear weapons.

The UK political consensus is going against Trident too. The Greens, SNP, SDLP, Sinn Fein and Plaid Cymru all now have official policy against nuclear weapons, and the Labour party are very likely to join them after their September conference, as the mass of party members push their parties towards a unilateralist stand. This push has been helped by the growing grassroots movement- hundreds of thousands of people marched in the UK's streets in February against Trident, and there was a whole month of direct action which seriously disrupted weapons production.

The movement against Trident is not just evident in activism. Nuclear weapons do not have the support of the public, as poll after poll shows how people would rather the billions spent on nuclear weapons be invested in building the great public services and just economy that we all strive for.

Thankfully all of this shows that alternatives are possible, with the most exciting ideas coming together at the Lucas conference (http://lucasplan.org.uk/) this November in Birmingham- this conference will not only discuss an alternative to nuclear weapons but also a radical alternative to the whole militarist structure of our society.

So, despite the disappointment of the vote, my faith compels me to continue to actively oppose nuclear weapons. The chances of success are looking better and better, but we will only succeed if we keep persisting and trust in the possibility of change on the horizon.

Laurence Hall is a Quaker and PhD student at the University of Essex.