From the Archive: Five Awesome Women in the Bible 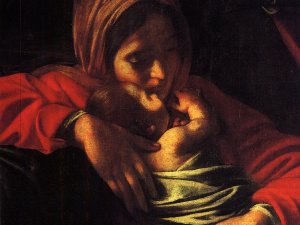 The Bible has plenty of strong female role models - people who are fearless yet humble, generous and fiercely loyal: in short, heroes of our faith we all need to know more about. We highlight five women to get things going.

Deborah stands out as one of the ‘strong’ women of the Old Testament. Deborah was a Judge, Prophetess and Oracle. At the time of the Judges, the Israelites were having a pretty hard time. The Canaanites had oppressed them for 20 years and sent an army to attack them. Deborah took command and rallied the troops to fight against the incoming army. The Canaanites had superior technology and numbers, but a freak storm meant the Canaanites got their chariots stuck in the mud and the Israelites seized victory. The Song of Deborah is found in Judges 5:2-31 and is known as a victory hymn. Deborah was courageous, wise and assertive. Not bad going!

Rahab is one of our unlikely heroes and is a great example of how God can use anyone for good. Rahab was a prostitute living in Jericho when the Israelites were trying to capture the city. Under great danger, she took in Israelite spies and hid them in her home. When troops looking for the spies tried to gain entry to her home, she pleaded with them to spare her and kept the spies safe. The troops spared her because of her kindness and she helped the Israelites succeed in capturing the city. Rahab’s faith saved her and her entire household.

Ruth is marked as a great woman because of her loyalty and kindness. Naomi and her two sons left Bethlehem to go to Moab due to a famine. Ruth married one of Naomi’s sons, but was widowed when both of Naomi’s sons died. Deciding to return to Bethlehem and with no security to offer her daughter-in-laws, Naomi pleaded with Ruth and her daughter-in-law Orpah, to return home.

Orpah returned home, but Ruth said, ‘Do not urge me to leave you or to return from following you. For where you go I will go and where you lodge I will lodge. Your people shall be my people, and your God my God. Where you die I will die, and there will I be buried. May the LORD do so to me and more also if anything but death parts me from you.’ (Ruth 1:16-17, ESV)

Naomi and Ruth travelled to Bethlehem on faith and settled there. Boaz, a nearby land owner, heard of Ruth’s faithfulness to her mother-in-law and said that she was free to glean (gather left over grain after the harvest) from his fields. Boaz and Ruth began to form a relationship and Naomi encouraged Ruth to lay at Boaz’s feet one night. Boaz proposed to and married Ruth. The story is one of love, risk and great character. We can learn a lot from Ruth.

Esther is another example of faith but also courage. King Xeres was looking for a new wife and commanded that all the beautiful virgins were to be gathered together from across the province so that he could select one as the new Queen. Esther, orphan and ward to uncle Mordecai, was chosen for her beauty and gentle nature. Haman, the right hand man of King Xeres had a grudge against Mordecai and conspired to kill the Jewish people. Esther risked her life in requesting to see the King and exposed Haman’s plot, thus saving the Jews from death. Quite the ultimate Jewish heroine.

Mary is often portrayed as being meek and mild, yet she was one of the most courageous women in the Bible. At the age of 14, she was charged with giving birth to the son of God, which involved public shame due to her pregnancy occurring outside of wedlock, yet she accepted the gift and believed in the Lord. The Magnificat, also know as the ‘Song of Mary’ is powerful and prophetic speaking of the Lords promises, the lifting up of the poor and the mighty and rich being dethroned and sent away. Jesus had a turbulent ministry, yet Mary was by his side throughout the whole time and was at the foot of the cross when he died. She truly was an amazing woman.

Tell us about your favourite women in the Bible in the comments box below!