Art Installations at Southwark Cathedral: Art for the Sake of People 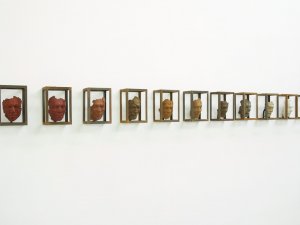 Back in the day, ‘10CC’, a pop group that you may have forgotten about, sang a song called ‘Art for art’s sake’. It was a catchy number but there has to be more to art than that. Art is not something that merely fills a gap on the wall or occupies the space on what would otherwise be an empty floor.

The visual arts for me provide such a stimulus to my thinking and my praying. That’s why over the past five years we’ve had, at Southwark Cathedral where I’m based as Dean, installations of what we hope, and in fact have proved to be, stimulating pieces of art. 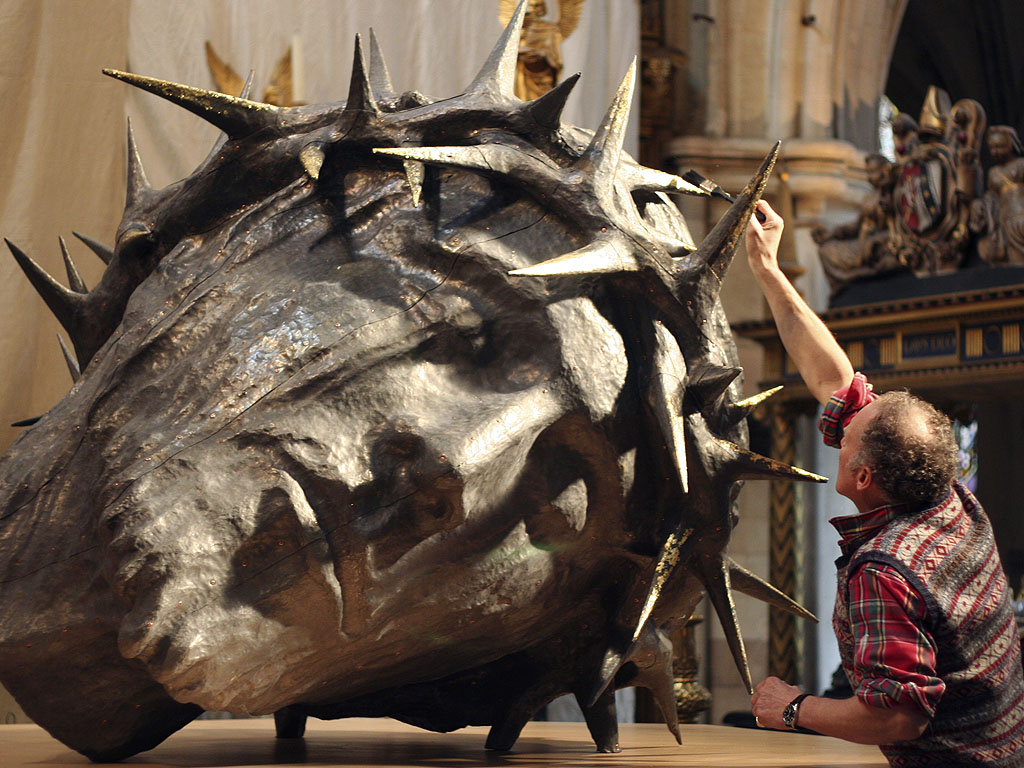 Some, like our first one – David Mach’s astoundingly disturbing ‘Die Harder’ – have been monumental, ‘in your face’, provocative works.  This year’s piece has been on a much more human scale, Peter Burke’s ‘Earthworks’, a series of hands, torsos, faces and feet made from the soil around where he lives.

Other pieces have not been figurative – Angela Wright’s 250 miles of descending wool called ‘Forty Days’ and last year’s suspended and ripped fabric called ‘Within the Light’ by Angela Glajcar. There have also been piece that have challenged our theology, like Nic Fiddian Green’s ‘Christ rests’.

In different ways I’ve loved them all and I’ve loved the process of finding the artist, deciding on the piece, seeing how it would fit into its context in the oldest gothic church in London and then, most exciting for me, imagining what the theology is lying behind the piece. 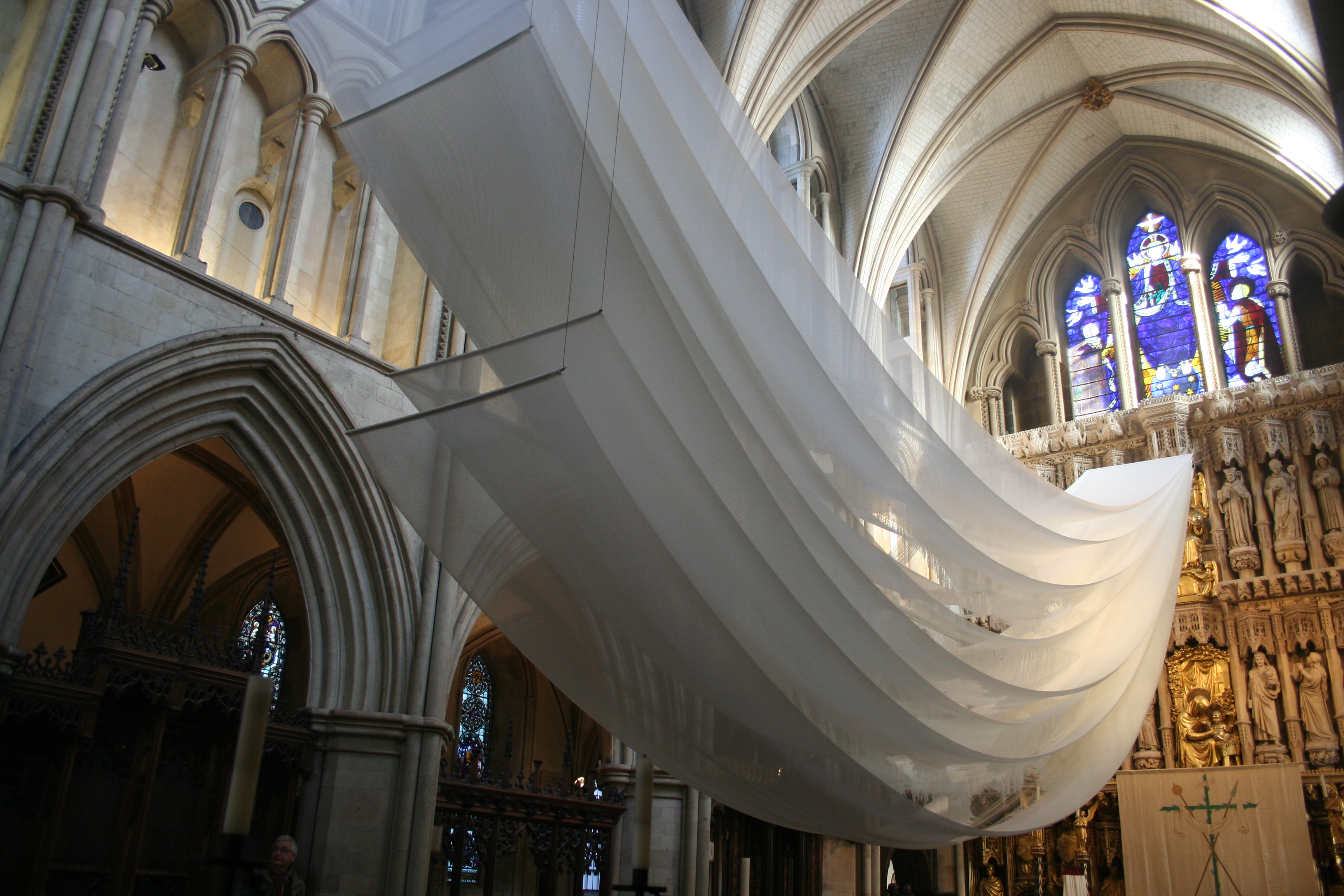 Most of the artists, including this year’s, have not been Christians, even though two pieces have been depictions of Jesus in one way or another. But all have been generous enough to loan us their work during the most intense period of reflection in the Christian calendar – Lent – and allow me and my colleagues to interpret their work from a theological, Christological perspective.

We live in an age of impoverishment of theological literacy amongst a lot of the population. The recent survey of belief published under the title ‘Talking Jesus’, points to what many of us know, that whilst people may believe something, it’s hard for them to articulate that belief and that the language which the church provides to describe the things of God, the things of Jesus, are as foreign and strange as Mandarin, for instance, is to me.

But when I stand in front of the hands that have been in the nave of the Cathedral for these six weeks of Lent, or when I stand before the screaming figure of Christ, bristling with agony, or when I stand under the ripped and intriguing fabric, and wait and look and think, there’s something that happens that’s deeper than words and more profound than many of our explanations of doctrine. 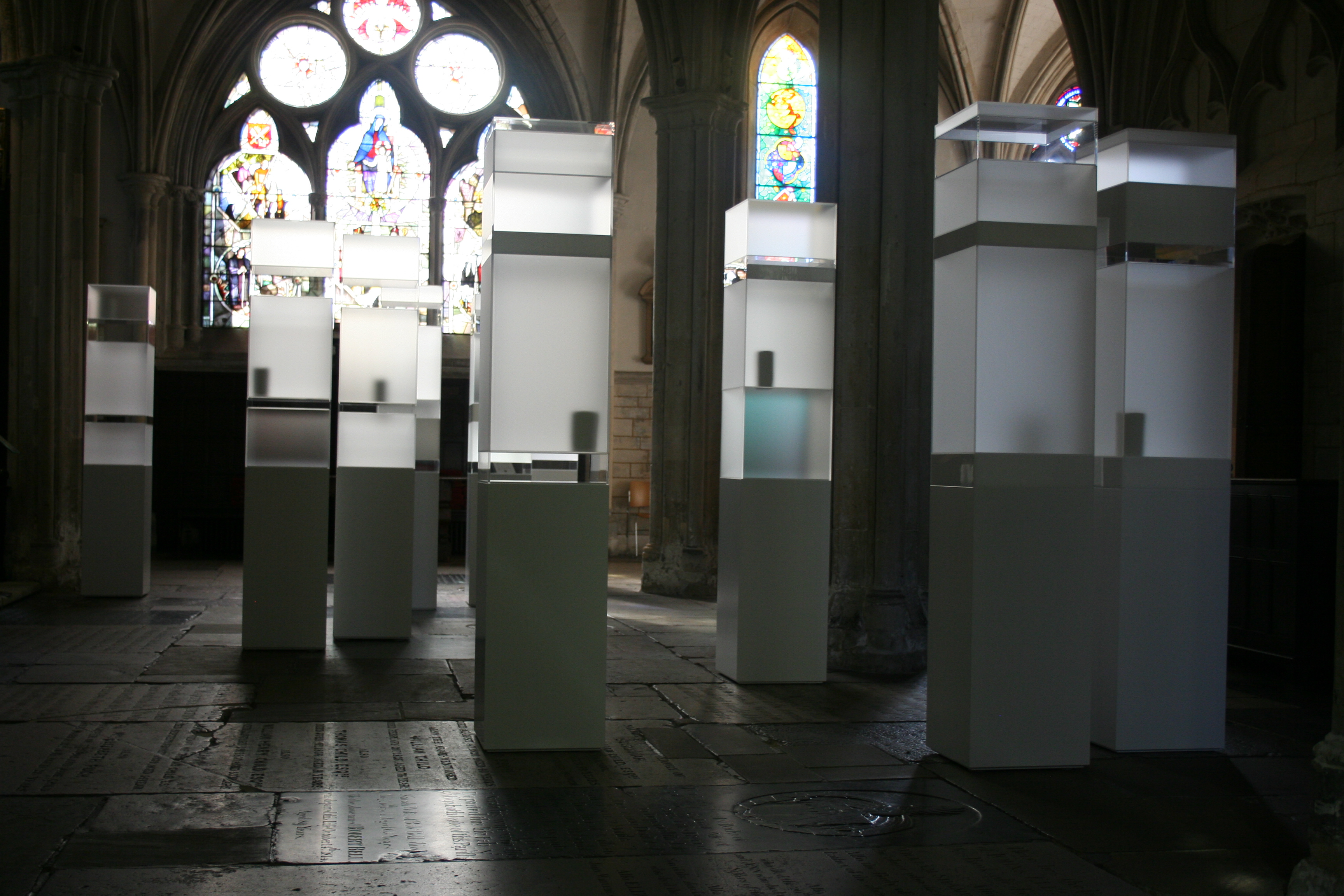 The comments that visitors leave after seeing the installations is not written in the language I might use but in words of challenge and comfort, in words of intrigue and satisfaction. Through imaginative and fresh prayers I’ve tried to offer something to those who are looking. But in truth, the art is all that is needed.

This is of course nothing new. When the first non-clerical visitors to the Sistine Chapel stood under that ceiling and looked at Michelangelo’s depiction of the creation of Adam, perhaps the gap he left between the divine and human fingers became the creative gap for the onlooker in which something sparked.

During this season of Lent, our prayer is for visitors and onlookers to find a new language to make sense of what the Christian story might mean to them.

Written by The Very Revd Andrew Nunn, Dean of Southwark Cathedral. Follow more of the Dean’s work, including the current art installations at Southwark, on the blog ‘Living God’.

Tags:
Arts
Jesus
Theology
< Back to all blogs

Unpacking ‘bigger is not always better’: bodies, food, and health on the Church Time's front page
Hope in the Midst of Climate Crisis
There is evil, there is good, our actions matter, there will be justice