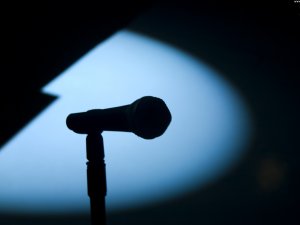 I’m just going to come right out and say this.

I think a lot of the campaigning we see these days is lazy, short-sighted and ineffective.

It’s not easy for me to say. I’ve worked in the international development sector for almost a decade. I believe passionately that if we’re ever going to see an end to extreme global poverty then we can’t just throw money at the problem. We have to campaign. We have to raise our voices in appalled, raucous unison. We must go after the systems and mechanisms in society that make and keep people poor.

Allow me one tortuous metaphor – if someone catches themselves on a nail then the first thing you would do is bandage the wound. But then you’d find a way to bang that stupid nail back into the wall. And if you didn’t have a hammer, you’d pester someone who did until they got the job done. You’d make sure no one else got hurt.

Campaigning is a tool and it’s a hammer not a bandage. Except in the above example, it is also your voice.

I didn’t say I was good at metaphors.

My point stands though – campaigning is important, the alternative is a room full of torn knees, a dwindling supply of bandages and no end in sight.

So, campaigning, eh? What’s that all about? Marshall Ganz defines campaigning as “highly energised, intensely focused, concentrated streams of activity with a specific goal and deadline.” They’re a form of advocacy basically, one that directly mobilises the public to take action. If we want to make the big changes, then campaigning is the way to go.

So why did I begin this article by rubbishing a lot of campaign work?

Because I’m not sure we’re doing it well enough. I think many campaigns haven’t been thought through. They haven’t been planned to a high enough standard. Campaigns are a story, they lead potential supporters on a journey that stretches from ignorance through awareness to interest, understanding and finally action. Each element needs to come in the right order and be carefully authored, otherwise it’ll be confusing and ineffective. Try telling a story, any story, all at once with every element running concurrently. It doesn’t make sense does it? Unless we get the narrative beats in the right order our message doesn’t get through.

We don’t always have control of the campaigns we run but if you’re starting from scratch here are my top 5 tips for planning effective campaigns:

Got all that? Good. Now go forth and change the world. Tell them I sent you.

Chris Mead is the Higher education and intern manager at Christian Aid. You can read more of his blogs here. This post first appeared in Movement magazine issue 143. Photo credit: Flickr/Jorge Ferrer

Tags:
Students
< Back to all blogs