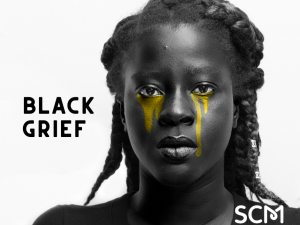 Systematic racism and police brutality towards Black people is not news to many of us. There are not enough words that can fully articulate the pain and grief that comes when a fellow Black person is targeted and killed, simply because of the pigment on their skin.

George Floyd’s death has alerted many people of what has been going on because it was filmed in broad daylight. George Floyd was deprived of his own breath, given to him by the Almighty. Those officers pledged to protect the public yet, on the contrary, took George Floyd’s life. This sends a clear indication that the police did not pledge to protect Black lives. The worldwide protests that have been taking place are extremely powerful, and as a result the responsible officers have been charged. In an ideal world, though, it shouldn’t take mass protest, especially during this pandemic, to charge the culprit and incite change.

Racism has gone on for too long, and we have had enough. Enough of having to work twice or even three times as hard to get what is deserved, including but not limited to justice. We have seen many news outlets speak of American racism, as they absolutely should, but as many platforms and protesters have been proclaiming, the UK is not innocent. Institutionalised racism exists whether it be in education, our own justice system or even the healthcare system. Having to be ‘cautious’ so that the colour of our skin does not make others uncomfortable, and work harder to comply with a system that was not built for us is exhausting. To clarify, it is not being Black that is exhausting - it is the institutionalised and systematic racism that pervades our society.

Black Lives Matter was founded in 2013 in response to the acquittal of Trayvon Martin’s murderer. Trayvon Martin was shot whilst he was visiting his Dad. His crime? Wearing a hoodie and walking around the neighbourhood. Though the movement was founded in response to this individual case, it was also built to fight for Black lives that suffer injustice because of their skin colour. It is a movement aimed to promote the equality of Black lives and justice for the Black community within society. Not better than, but equal - to campaign for basic human rights. Because unless justice comes, the grief will not end. We need an end to injustice, and to the grief of Black women, men, children and youth.

That’s when we will rest.

Written by Yordanos Gebremichael. Yordanos was born and raised in Weki, a little village in Eritrea. She moved to Coventry UK in 2013 and is now in her final year of Studies in Primary Education at Newman University Birmingham.

Tags:
BLM
< Back to all blogs

Anti-Racism Resources
It's Time To Listen
When Will Black Lives Matter?