The Breathing Sacrament of Chaplaincy 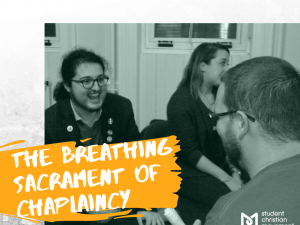 University chaplains champion faith presence and practices on campus. What is sometimes less obvious is that they are part of university wellbeing teams: there for anyone of any faith, denomination or none, for pastoral support. Personally, chaplains have been a lifeline whilst battling health issues – indeed, a chaplain was the only reason I left my first university alive.

Although I am Roman Catholic, during my undergraduate degree I chose to worship in my Oxford college’s Anglican chapel - my friends were heavily involved in chapel life, and I wanted to support them. Everything felt very alien to me at first: I had no idea when to sit, stand or kneel. Both the music and my college’s chapel were beautiful though, so I persevered, coming to love Anglican evensong as much as Catholic Mass.

The more my mental health deteriorated, the more I attended chapel. In my final year, I approached my college’s Anglican chaplain, Jonathan, for support. Jonathan was a rock on which I could lean, an anchor in a stormy sea. When tutors and other pastoral staff made things worse, Jonathan was ready to be used as heavy artillery against them. He protected me when few others did and sat with me in my brokenness. As the only welfare tutor with any training in my Oxford college, Jonathan held a space for me in which to be myself and kept a close eye on me after a suicide attempt. 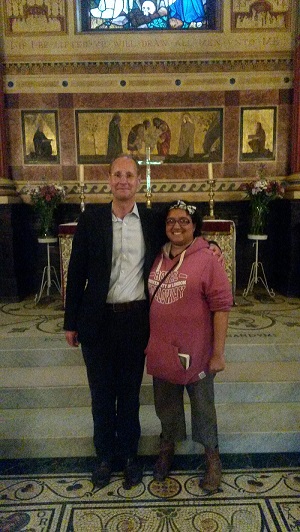 Jonathan was the only reason I left Oxford alive – it sounds dramatic, but it’s the truth. After I left Oxford, I spent ages searching for an alternative priest closer to home to act as a spiritual accompanier. Although I approached many Roman Catholic priests and had one as a confessor for several years, it was again in a university’s Anglican chaplaincy that I found a kindred spirit. A fellow Royal Holloway student suggested that I might get on with the Anglican chaplain there, Cate. I sent her a tentative email, asking to meet in spring 2016. We’ve been meeting ever since.

Cate’s compassion and wisdom know no bounds, whilst her way of explaining things through visual imagery is poignant and memorable (even for someone like me, who suffers from memory problems and lapses). If Jonathan was a rock and anchor, Cate has been the wind in my sails as I learn to grapple with the sea of trauma and pain, enabling me to not only stay afloat, but to move forward with life. With her encouragement and support, I have attended two religious retreats and have begun discerning God’s plan for my life. 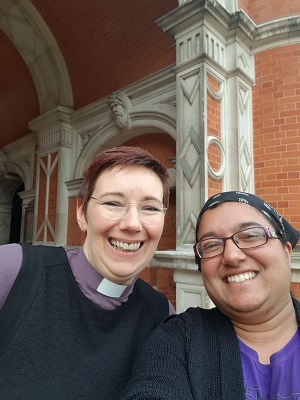 I would be nowhere – and not alive – were it not for Jonathan and Cate. I hope this blog post acts as a small testimony to the importance of chaplains everywhere and their power to bring God’s grace and peace to others. They are a living, breathing sacrament (a sign of God’s presence) in our world, and I am grateful for them.