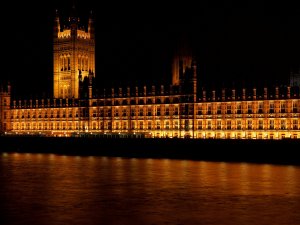 We Have Work To Do

It was interesting to be in Berlin for the latter part of the British election campaign. Today it’s a city coming together, but to be there is to be reminded of history; of a wall, division, barbarity and human hurt. I was at Kirchentag, which included much reflection on the Europe which has emerged from a divided world. Listening to senior political figures like Angela Merkel and Barrack Obama speak at Kirchentag, I was struck by this idea: overcoming division and injustice, making life better, requires hard work, vision and attention to reality, to how life actually is.

So back to Britain to vote, carrying with me the vision and attention to reality stuff.

My plea is that we do not hand everything over to our present political class. Hold them to their promises, yes. But those who live in the story of one who really did lose to win have work to do.

That work involves bringing a vision of justice and love to bear on issues such as immigration and international students, running a decent health system, how to live with difference, the proper role of the nation state and whether globalisation can be human. As the lady said, let’s get to work!

Written by Stephen Heap, SCM Friend and a former university chaplain, Church of England National Higher Education Adviser, and currently a professor of theology at University of Winchester.

A Reawakening of Hope

For me, building the kingdom of God means working towards a fairer society. One with a narrower gap between rich and poor, where we all recognise our responsibilities towards one another and work together for the common good. That’s the vision I always look towards – in my time at SCM and now, working for Church Action on Poverty.

I’ve found it difficult and painful over the past seven years to see our society being dragged further and further away from those ideals. The election results haven’t changed that, yet. But for the first time in a long time, I have hope that those of us who want to see a better world might be able to make a difference.

I’ll continue to build solidarity with people who are marginalised and left behind in my day job (see www.voicesfromthemargins.org.uk). And the election has renewed my commitment to work in my community for change, through volunteering and political action. I’m a member of the Green Party, and I want to see the parties who share progressive values working together more.

The political reawakening of younger people has been the driving force behind the change we’re seeing. I hope the current generation of SCMers will help that movement to grow and grow!

Written by Liam Purcell, SCM Friend and currently the Communications and Supporter Relations Manager at Church Action on Poverty.