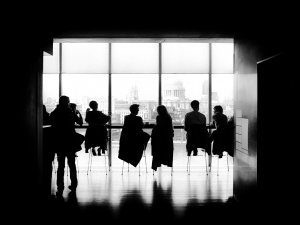 Listening to Voices from the Margins

“There is really no such thing as the ‘voiceless’. There are only the deliberately silenced, or the preferably unheard.” (Arundhati Roy)

As soon as the General Election was announced, Church Action on Poverty knew what our priority would be. In a rich country like the UK, people in poverty are marginalised, forgotten, denied a voice. Their stories are rarely heard – especially in all the noise surrounding an election campaign. And a society which excludes its poorest members is very far from the kingdom of God. So we knew that it was vital to amplify the voices of communities which would otherwise be left behind and forgotten.

Throughout the election campaign, our ‘Voices from the Margins’ project gathered stories from those communities all across the UK. The poorest and most excluded people in Glasgow, London, North Wales, York, Birmingham, Hull, Newcastle, and many other places told us what they wanted the election candidates to hear and respond to.

“There is a tragedy going on right now – people are starving and dying”
"We're just one of the forgotten places"
"In this day and age, why should I have to be relying on food banks and people's handouts?"
"The poor get charged and punished for being poor"
"Everybody deserves to be treated with respect"
“This is the end of the line”
“Keep things alive; don't close things down”
"Help us. Just help us."

Videos made in these communities were shared widely online, and some of the people we spoke to went on to make their concerns heard in a report on Channel 4 News. You can see full reports from all the communities that took part at www.voicesfromthemargins.org.uk

People spoke out about issues from unemployment and zero-hours contracts to benefit sanctions and housing. The election has not resolved any of those problems, so we will continue to stand alongside people on the margins and help them to make their voices heard. You can be part of that – please visit www.voicesformthemargins.org.uk, and watch and share our videos. You could even ask your newly-elected MP to watch and take note!

By Church Action on Poverty, an SCM partner in the End Hunger UK campaign. Find out more here.

Listening to a Higher Power

It’s the day after the election. I got to bed at 5am having been at an election count where, predictably, our candidate lost, coming third after the usual landslide victory to the main party of choice in this area. But this is only one constituency. In the car on the way home I learnt that we’re heading into a hung parliament. For many the results are a cause for despair. But having been a campaigner for at least forty years, I can say, ‘We’ve been here before, and things will change.’

It’s not only hindsight that makes me optimistic. I’m a Reader in the Church of England and I’ve been reflecting on the lectionary readings on the two Sundays either side of the election – Pentecost and Trinity. The disciples had not had the result they’d hoped for in following Jesus. Yet on the day of Pentecost Peter addressed the crowd, quoting from the prophet Joel ‘sons and daughters shall prophesy…, young men shall see visions, …old men shall dream dreams.’ (Acts 2: 17). In the final passage of the gospel of Matthew, which is read on Trinity Sunday, we read of the resurrected Jesus telling the disciples ‘All authority in heaven and on earth has been given to me.’ (Matthew 28:18).

So, while the immediate political future in this country may be uncertain, as a Christian I believe that those who run the country do not hold ultimate authority. That belongs to a much higher power who can, through the gift of the Holy Spirit, inspire prophecy among the people, visions in the young and dreams for the old. Over the years I’ve seen that inspiration channelled into political activism and I know that, bit by bit, it can bring about change which leads to a fairer, more generous world.

Tags:
Politics
Faith in Action
Seeking Justice
< Back to all blogs