A Call Towards A Theology of Littleness 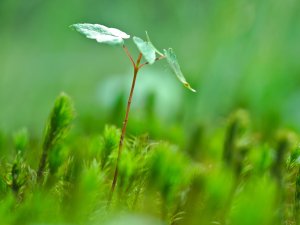 ‘To be faithful in little things is a big thing…’

Have you ever heard a Church call itself a 'little flock'?

Today’s global Christianity is unevenly characterised on the one hand by expansion, with numbers rapidly growing in some parts of the world, and on the other hand by the shrinking numbers of Christians in other parts of the world. One of the visible markers of this expansive Christianity is the growing culture of 'megachurches', where the founders and followers boast of tens of thousands of people attending their worship services.

Megachurch culture speaks the language of capitalism. They are in the business of Jesus Christ, whose corporation is an unlimited enterprise, promising all manner of blessings, prosperity and treasure. Out of this grand mega culture emerges the idea of God as all powerful, almighty, and the King of Kings. It is the rich who conveniently associate God to be rich, powerful and strong like them, and therefore talk of God in these expansive and expensive terms.

In this context, we now read Luke 12:32-40, where the gospel comes afresh: 'Do not be afraid little flock, for it is your Father's good pleasure to give you the kingdom.' (v32). This passage calls us towards a theology of littleness, for the church to exist as 'little flocks' and for God to be located in littleness.

Who, according to Jesus, are the 'little flock?' We need to see this question from three different perspectives. Firstly, in the historical perspective: Jesus is speaking to his disciples, twelve people among the multitudes following him. In an era where Roman armies were counted in the tens of thousands, Jesus' dozen disciples represents a 'little flock.'

Secondly, from the theological perspective, the story of Christ is one of littleness. Jesus introduces himself as a 'good shepherd', who had come to give life in all its fullness. ‘Little flocks' represented the people of minority, much like Jesus himself who took on human form and became a slave: powerless and struggling alongside others for their freedom and liberation. Jesus engages with the outcastes of society. He is born as a little baby in the little town of Bethlehem, becoming a child refugee in Egypt and eventually being crucified. Unless a person becomes a little child, Jesus says categorically, he or she cannot enter the Kingdom of God. When his disciples were arguing among themselves about who is the greatest, Jesus picks up a little child – for in the small things, the little things, there we find God and the likeness of Christ.

Pope Benedict once said, “The theology of littleness is a basic category of Christianity. After all, the tenor of our faith is that God's distinctive greatness is revealed precisely in powerlessness. That in the long run, the strength of history is precisely in those who love.”

Thirdly, from the eternal perspective, there is no doubt that all those who follow the values of the gospel that Jesus taught (selling possessions, sharing resources etc.) will be a small group. In the book of Acts, Luke mentions that the early Church gathered in houses and had everything in common, sharing resources among themselves. They were 'little flocks’ and as Jesus proclaims, the kingdom belongs to them (v32).

A Spirituality of Littleness

It was said of St. Theresa of Alva that she always displayed the spirituality of littleness: “When we think of Thérèse we think of a specific kind of spirituality - her Little Way. It is a way of trust and absolute surrender to God's intimate presence. Scripture is her source and inspiration.”

In a prayer to Christ, Thérèse sums up her spirituality for us:

"O Jesus! Why can't I tell all little souls how unspeakable is Your condescension? I feel that if You found a soul weaker and littler than mine, You would be pleased to grant it still greater favors, provided it abandoned itself with total confidence to Your infinite Mercy. I beg You to cast Your Divine Glance upon a great number of little souls. I beg You to choose a legion of little Victims worthy of Your LOVE!"

Unless our churches become Sunday schools – a place to explore our vulnerability and margins – the kingdom of God may be a distant reality. Let us stop building huge church structures with lavish comforts, for the church is called to identify with the homeless, the poor, the refugees. Only among them, among the little flocks and amidst littleness, does God’s kingdom become real.

Written by Raj Bharath Patta, a PhD student at the University of Manchester and former General Secretary of SCM India. This post is adapted from a sermon Raj gave at St Peter’s House, and cross-posted from Raj’s blog, which you can read here.

Tags:
Theology
Churches
Jesus
< Back to all blogs