Caring for Creation with Eco-Congregation Scotland 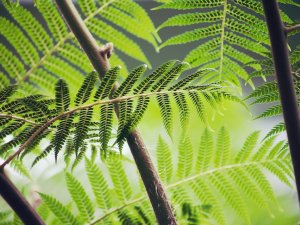 Eco-Congregation Scotland is a movement of Scottish church congregations, of all denominations and none, committed to addressing environmental issues like climate change through their life and mission. We were founded in 2001 and became a registered charity in 2010.  We are a membership organisation, with member congregations voting at our AGM and electing the trustees. One of our secrets is our local networks, run by volunteers from congregations, who help and encourage each other to do more for the environment locally and globally. We have over twenty of these local  networks now with a few supporting all of this from a small office base in Edinburgh. We are funded by our member congregations, the Scottish Government, The Church of Scotland, The Scottish Episcopal Church, United Reformed Church, SCIAF and Christian Aid.

We are the Scottish churches’ practical response to climate change and other environmental issues. We are working hard to help congregations reduce their carbon footprints, but it is not all about insulation and solar panels. We also encourage individual church members to look at their lifestyles and consider how they could use a little less to reduce their impact on the developing world.

In February 2014, Eco-Congregation Scotland adopted the vision statement: “Our vision is a Scotland that cares for God’s creation, now and forever”. We are working to achieve this through our registered congregations who have all made a commitment to take action on environmental issues. There are now over 400 'eco-congregations' located across Scotland from Shetland to Dumfries and Galloway. They are from every denomination, including Roman Catholic to Free Church of Scotland. More than 10% of all Scottish churches are now taking part in our programme and over 130 of these hold the Eco-Congregation Award for environmental achievement.

We believe that caring for creation is a key Christian task because God loves the world, not just the people in it (have a look at the Greek text of John 3:16!). In fact, you can't easily separate the environment from people. We can only exist because the environment provides us with food, water and air. Anything that damages this ultimately damages us. The environment is a justice issue too. Take climate change for example: the people most affected by it are in countries that have contributed the least to greenhouse gas emissions. This is one of the issues the Pope raised in his encyclical Laudato Si, and it is something organisations like ourselves and Christian Aid have been campaigning on for some time. We have a moral obligation to help people in those countries avoid, as much as possible, the harm we have caused them.

However, it is not all about potential environmental disaster. Exploring green Christianity is a positive, enjoyable and fulfilling part of Christian discipleship because it connects us back to the natural world. Eco-Congregation Scotland encourages churches to get involved in local conservation projects and we are working on a pilot project with RSPB based in their nature reserves. It also connects the church back into the community because we celebrate creation in our church communities, but also in the local community because there are lots of people who don't go to church, but who share our environmental concerns. This is the seed of a new kind of outreach meeting people through that shared interest and bringing them into the Christian community through it.

Tags:
Environment
Climate Change
Scotland Hub
< Back to all blogs