A Christian Perspective on the General Election 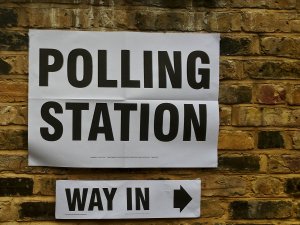 What does it mean to be a Christian in the General Election? There are Christians in all of the major parties, and outside of them, and I suspect most vote differently depending on differing issues. Being a member of a political party has given me a different insight into how people decide who to vote for but there are a number of things from a Christian perspective that should make us consider how we vote.

Firstly, it is vital that we vote. Time and time again the Bible talks of those in authority and how we must pray for them. In a democratic society I suggest that also means prayerfully deciding who to vote for. Who will stand up for the needs of the powerless and voiceless in your community? Who will treat prisoners, refugees and the homeless with the respect that Jesus would wish?

Secondly, we should always be respectful of those we disagree with. John Wesley (forgive me but I am a Methodist!) gave three pieces of advice to those voting:

I think this is wise advice we should take to heart. In our society it is easy to become personal with those on other sides of the political debate. Having great Christian friends in the other major parties has shown me that just because I have become convinced of Labour values because of my Christian convictions, that does not mean others have not.

Listening to others is something we could all do better. It’s easy to listen to people we agree with but much more difficult when we disagree in an election, where emotions often run high.

We need to see people as people not through their political affiliation or what they think on a particular topic. Instead, we need to engage people where they are and respect their position. One thing we have learnt from Brexit is that we can’t achieve unity if we continue to name call instead of reaching out to people.

I always try and live by the words of the late Jo Cox: ‘we have more in common than that which divides us’. We need to look again at how we canvass. So often it comes down to “who do you intend to vote for?” and instead look at what people care about and who they are as people. Only then can we work together for the common good.

As a Christian, there are a number of issues I wish to engage people with during this election which underpins my commitment to political activism. The first is a respect for the dignity of all. This means we need a good health and social care policy that treats people as whole people, rather than symptoms of a wider problem. It also requires fair pay and a benefits system that works for those who require it.

The second is a strong economy that does not punish the poor for being poor. I believe as a Christian if we earn more we should be willing to be taxed more. This may not be a popular vote winner but it would enable all to flourish – it is important to look beyond our own self interest and towards the good of all.

Thirdly, I wish to engage people on the fact that we need to invest in a peaceful world. The awful events in Manchester this week has reminded me that we need to work hard to provide an alternative to hatred, a narrative that allows for all to be heard in positive and life giving ways.

I’ll end with a key piece of advice. Vote: it is your future and we have the chance to shape the world towards God’s values.

Thank you that we live in a democracy when so many do not. We ask that you will give us wisdom as we vote, graciousness in both victory and defeat and that we may be your salt and light in a broken world. In the name of your son Jesus Christ. Amen.

James Blackhall is a former SCM Leeds Member where he studied for an MA in Theology and Religious Studies. He is now training to become a Methodist Local Preacher at Cliff College.

A New Partnership: Iona Community and SCM
Why You Should Stand for General Council
SCM Statement on Nuclear Weapons