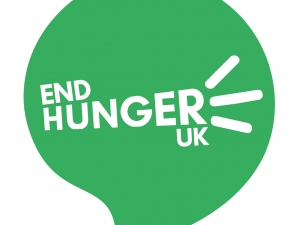 CHURCH LEADERS, campaigners, education leaders and senior clergy have urged the Government to help millions of British children, by putting an end to holiday hunger.

22 signatories from a wide range of organisations signed a letter published in The Daily Telegraph today, Monday 4 September. They cite first-hand accounts of children returning to school in a worse educational, health and developmental state than when they ended the previous term, and argue that the Government should safeguard children’s nutrition for the full 52 weeks a year, rather than only the 39 weeks in which they are at school. Signatories include Right Revd Paul Butler, Bishop of Durham; Revd Loraine Melor, President of the Methodist Conference; Revd John Proctor, General Secretary of the United Reformed Church; Helen Drewery, Head of Witness and Worship at Quakers in Britain; and Revd Steve Chalke MBE, head of Oasis Trust, who run 47 academy schools; Union General Secretaries; and senior directors of several leading food, poverty and faith-based charities. The full text of the letter, and the list of signatories, are included below.

On Tuesday 5 September, Frank Field MP will table his School Holidays (Meals and Activities) Bill, which calls on the Government to give all councils the duty and resources to provide food and activities during the school holidays, for children who would otherwise go hungry. The End Hunger UK campaign calls on the Government to make specific policy changes, to create a society in which nobody need go to bed hungry. One of the signatories, Niall Cooper, Director of Church Action on Poverty said: “Holiday hunger threatens children across the country, and means the holidays are a time of hardship rather than enjoyment. The breadth of support for Government action is heartening, and we hope MPs from all parties will help to make the new legislation law.”

Here is the original letter:

As millions of children return to school in England and Wales, we should consider that, for many, the summer holidays will have been very difficult.

The crisis commonly termed 'holiday hunger' is being increasingly reported. In April a report from the All Party Parliamentary Group on Hunger suggested that food insecurity threatened as many as three million children during school holidays. However, the true scale of the problem remains unmeasured and unmonitored.

Successive governments and all parties have recognised the importance of free school meals, to assist the poorest families. It remains an area of inequality that such support is provided for only 39 weeks a year, rather than the full 52.

Early research into existing holiday meal and activity programmes has found tangible benefits for children, families and communities. In January, the Welsh government announced its investment in a national 'Food and Fun' holiday programme that combined activities and meals. The UK Government should now follow suit.

The Labour MP Frank Field’s forthcoming School Holidays (Meals and Activities) Bill would place legal obligation on local authorities to ensure the provision of free meals and activities for those children who face going hungry over the summer break. Readers can assist by asking their MPs to back this Bill. Their children and grandchildren should receive equal support, whether they are in Wales or Walsall, London or Leeds.

Helen Drewery, Head of Witness and Worship, Quakers in Britain