Deconstructing My Faith? A Journey Through Tillich, Daly, Cone and Caputo 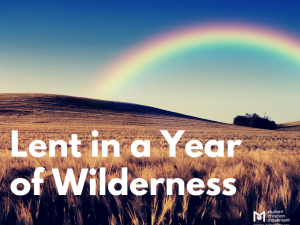 In figuring out what to do immediately after all of the work for my undergraduate degree had been done, I stumbled across an online course called “Theology of Culture”. It was being run by Tripp Fuller of Homebrewed Christianity, Jake Given of Poststructuralist Tent Revival, and Professor John Caputo, holder of numerous academic positions and all-round major figure in postmodern Christianity. The course was four weeks long, with each week dedicated to a theologian chosen for their contributions to the study of the relationship between theology and culture. These thinkers were Paul Tillich, Mary Daly, James Cone and John Caputo himself. In other words, the course was a journey from Christian Existentialism to ‘Weak Theology’ via feminist and black liberation theology! There was a lot of difficult content in this course, particularly for someone whose own theological knowledge was limited to a relatively good understanding of Wesleyan theology (I am a Methodist after all) and a decent understanding of liberation theology (I am a Socialist after all). What follows are my reflections and reactions to the course.

Paul Tillich was the only theologian included in the course that I had read before. Having previously read ‘The Shaking of The Foundations’, a book of Tillich’s sermons from 1948, I felt like I knew what was coming; I felt that reading Tillich’s ‘Theology of Culture’ would simply reflect the existentialism of his other works. I was ready for that. I wasn’t ready for what actually happened though. Watching Caputo’s lecture on Tillich, I was slightly confused by the notion of God as Being, God as existence itself. Surely this was God spread too thin. How could we have a personal relationship with the whole of existence? However, the idea of God as Being means that God is Unconditional. Caputo argued that this means culture, rather than rejecting God, is simply the re-naming of God in different ways; both the Church and culture reflect God, as God encompasses all. This argument is the basis for each path the other three theologians set out. The argument also means that the Church should not stand back and judge culture but embrace or attempt to change it. Tillich writes that “if the Church does not subject itself to the judgment which is pronounced by the Church, it becomes idolatrous towards itself”. In his lecture, Caputo picked up on this, going as far as to posit that not only was the Church idolatrous, but that the Bible itself could be seen as a false idol, as Christians follow the laws of the Bible rather than God. This notion blew my mind. The Bible as a false idol? I had grown up in a tradition which placed the Bible as the essential guide for our relationship with God, and here was an established theologian suggesting that the Bible could serve to obscure God! This was my primary reflection after Week One: that I needed to re-examine my relationship with the Bible.

Mary Daly’s ‘Beyond God The Father’ is a lot easier to read than Tillich’s ‘Theology of Culture’. It used feminist language and methods that I was familiar with, having studied various feminist thinkers at university. If anything, Daly was a fun read which left me slightly disappointed. Where Tillich went too far for me, Daly didn’t go far enough. Daly’s suggestion that we replace the idea of God as Father with that of God as Mother is a good start, but it’s very much stuck in the realm of second-wave feminism. I believe that God is representative of all genders, not just male or female. However, Daly’s approach of “naming towards God” resonated with me. Start with your own experience and use whatever language seems appropriate for you to address God. This means that God is full of gender, race, sexuality, just as we are. See the culture around you and build your idea of God from that, not from a traditional stereotype of God as an old, White man in the sky. Daly’s own approach falls short, however, as it only goes as far as to see God as a young, White woman in the sky.

In stark contrast to the somewhat humorous writing of Daly, James Cone’s ‘A Black Theology of Liberation’ strikes a more serious note. Where both Tillich and Daly can be fairly vague on what position God takes on sexism, racism and all sorts of other issues, Cone powerfully describes Jesus Christ as “the Oppressed One”. Where both Tillich and Daly are complicit in the continued notion of God as White, Cone writes of a Black God who liberated Israel and will liberate the Black community in America too. Cone envisions God as Black, Jesus as Oppressed. As a White person, reading Cone made me feel guilty and inspired; guilty, as my pre-existing notion of God was somewhat White, and inspired, as Cone affirmed my belief that God both represents the oppressed and works for their liberation. Cone writes that “liberation is not an afterthought, but the essence of divine activity”. This is something I completely agree with, but honestly, I could do much more to engage in this “divine activity”. Whilst reading Daly made me feel pleased with my feminist credentials, reading Cone made me feel that I wasn’t sufficiently radical. Just as Tillich’s writing made me wary of the Bible, Cone’s writing made me pick it up again. I realised that, to me, the Bible isn’t a false idol; that the Bible contains radical truth and the most powerful calls for justice. Cone asks, “is it possible to understand what God’s love means for the oppressed without making wrath an essential ingredient of that love? What could love possibly mean in a racist society except the righteous condemnation of everything racist?”. The Bible reflects the righteous love of God. I think I’m pretty good at the ‘love’ part but not so good at the ‘condemnation’ part. As a White man, is it even my place to condemn?

In his book ‘On Religion’, Caputo lays out the basis of a postmodern Christianity which sheds the restraints of old religion. Having lectured on God as Being, God as Mother and God as Black, Caputo’s final lecture on this course covered the idea of God as post-human. Again, despite Caputo’s witty style, I struggled with this topic. It did clarify the confusion I had in Week One, however, as Caputo spoke of God in being rather than God as Being. One of the most accessible metaphors used in this whole course is Caputo’s notion of God as ‘The Force’ in Star Wars: he writes that “Luke Skywalker is not important, the Jedi Scriptures are not important, not even the Jedi themselves…the only thing that is really important is The Force”. Here, Caputo is saying that neither the Bible nor the clergy is so important; what is important is God. This means, however, that we must deconstruct Biblicist, misogynist and racist notions of God, as this is not the God that we know.

I don’t know if I got what I was supposed to out of this course. Maybe the theology was a bit above my head? Yet, I now feel closer to God, more familiar with the Bible, and further inspired to challenge injustice. So, I must have done something right.

Written by Nathan Olsen. Nathan is a former member of SCM Leeds, graduating this summer with a BA in Politics. He starts a Masters at Sheffield in September, and is using this summer to explore various kinds of theology.