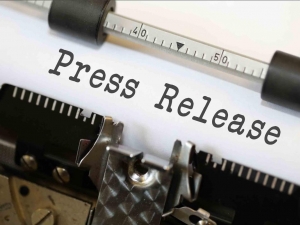 Student group poll on the Easter story shows mixed interpretations of the Resurrection as Easter Day coincides with April Fools’.

For the first time in over 60 years, Easter Sunday and April Fools’ Day collide this week. Christians across the country will be commemorating the resurrection of Jesus on the day usually reserved for practical jokes and tomfoolery. Apt for some, given that many believe Jesus’ existence to be merely a tale told to generations of gullible church-goers.

At the centre of the Christian faith for almost two millennia is the belief that Jesus was resurrected from the dead and appeared to his friends and disciples. However, a poll of students by the Student Christian Movement shows that the very literal interpretation of the events of that first Easter isn’t set in stone.

One anonymous respondent commented: “I previously thought there were three groups - people who believed in physical resurrection of Jesus, people who thought he appeared as a kind of ghost and people who thought it was all metaphorical or emotional. I’d assumed that the first statement had to be right because otherwise it seemed like you were making up your faith as you went along to try and squeeze it into your life or science or modernity. I take it back…there is obviously so much more to the resurrection than I'd thought.”

While the debate regarding whether Jesus was bodily resurrected is a contentious one, there are many ways of interpreting the Easter story. SCM feels it is important that students feel safe and able to ask difficult questions about Christianity, and is proud to promote critical thought as a tool for engaging with faith.

Students can find whether their university city/town has an SCM Group meeting and a database of student-friendly churches at www.movement.org.uk/scmconnect.

1. SCM is a student-led movement that works to show the love of God on campus, in our communities, and in the world. We come together as an affirming, inclusive community, fostering unity in diversity and exploring faith through worship, discussion and intentional action. www.movement.org.uk

2. Poll took place on SCM’s Groups Facebook Page, which has over 380 active members.