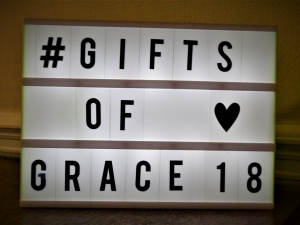 Students from across the country gathered at Wellington Church in Glasgow across the weekend of 9th – 11th March to explore themes of forgiveness, peace and reconciliation.

Twenty-five students made the journey to Glasgow, including hard-core students from SCM Southampton and SCM Winchester, to take part in the weekend, which was organised and hosted by SCM Glasgow.

On Saturday morning we began with a talk from David Kenvyn, who was heavily involved in the anti-apartheid movement. He talked about the evil of apartheid and how he and his fellow activists would protest corporations actively involved in South Africa’s oppression of black people by (legally) disrupting a Shell AGM, and organising a mass boycott of Barclays Bank. It was a funny and sometimes moving account of years of committed activism, and many participants had questions for David during the coffee break.

Later that morning members received reports from General Council at the AGM, and the election of new members to represent the movement took place. We are delighted to welcome two new trustees to the board - Helena Ripley, who will take on the Portfolio of Campaigns, and Feylyn Lewis, who will be the BAME Students’ Rep.

After lunch SCM Glasgow led a bible study called ‘First Be Reconciled’ looking at Matthew 5:21-26, which led to interesting discussions regarding how we deal with righteous anger, passive aggression, road rage, arguing on social media and how to have healthy conflict.

After a brief break for tea and cake, Jo Russell, a psychotherapist specialising in gender, sexual and relational diversity, led a workshop on forgiveness.

Central to the discussion was an examination of the Parable of the Unmerciful Servant, found in Matthew 18. She then challenged the group to think of a definition of sin that didn’t include the idea of a ‘moral failing’, which provoked some interesting chat, and a definition of forgiveness that moved outside of responding to apology. A participant from Lancaster SCM said:

“I came into the session thinking that forgiveness was about putting right a wrong, but now I’m recognising it’s about acknowledging that you have lost something that can’t be recovered”.

We were delighted to be joined by an SCM Friend for dinner, who was a member at Cambridge between 1957 and 1960. Between courses, participants heard about the Scotland Hub Appeal, and how they can help fundraise for SCM, before the awards were given out. A full list of winners can be found here. When he was leaving, the SCM Friend shared that the movement had shaped his whole life, and he was moved by how he could feel the same was happening to current students.

The final session of the day was a look at the role of forgiveness in Judaism, led by Rabbi Kate Briggs. A Reform Rabbi and NHS chaplain, Rabbi Briggs looked at the difference between creed and deed, noting that Jewish theology was mainly about ‘doing’, and how forgiveness in Judaism isn’t about a lack of consequence but a way of acknowledging hurt and working towards healing in acceptance.

At the end of a very full day, Lancaster SCM led a compline service before students retired to their sleeping bags. The next morning students joined Wellington Church for their morning service before making the journey home.

Thanks to all that made this event possible!

You can see photos from the event on our Facebook page.

Tags:
Scotland Hub
< Back to all blogs