Extending the Fruits of Community: A 2016 Retrospective 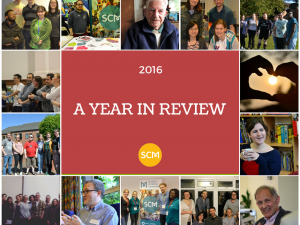 In so many different ways, 2016 has been a harrowing year: the spiral of death and destruction continued unabated in Syria, vast political upheaval shocked and shook those of us fighting for the rights of those on the margins of society, while many of our heroes on the public stage departed from us.

How do we make sense of it all and find the light in 2017? For us at SCM, the past year has pointed us to some glimmers of hope.

We saw a glimpse of the solidarity, anger and yearning for change that would shape the rest of the year, right at the beginning of 2016. Near the end of January, SCM member and PhD student Raj Bharath Patta organised a vigil in Manchester for Dalit student Rohith Vemula, who took his own life on 17 January 2016. His suicide sparked a series of student protests in India, with many calling for greater protection of Dalit students’ rights in the face of institutionalised discrimination. The Manchester vigil brought students together to share in this cry for justice. 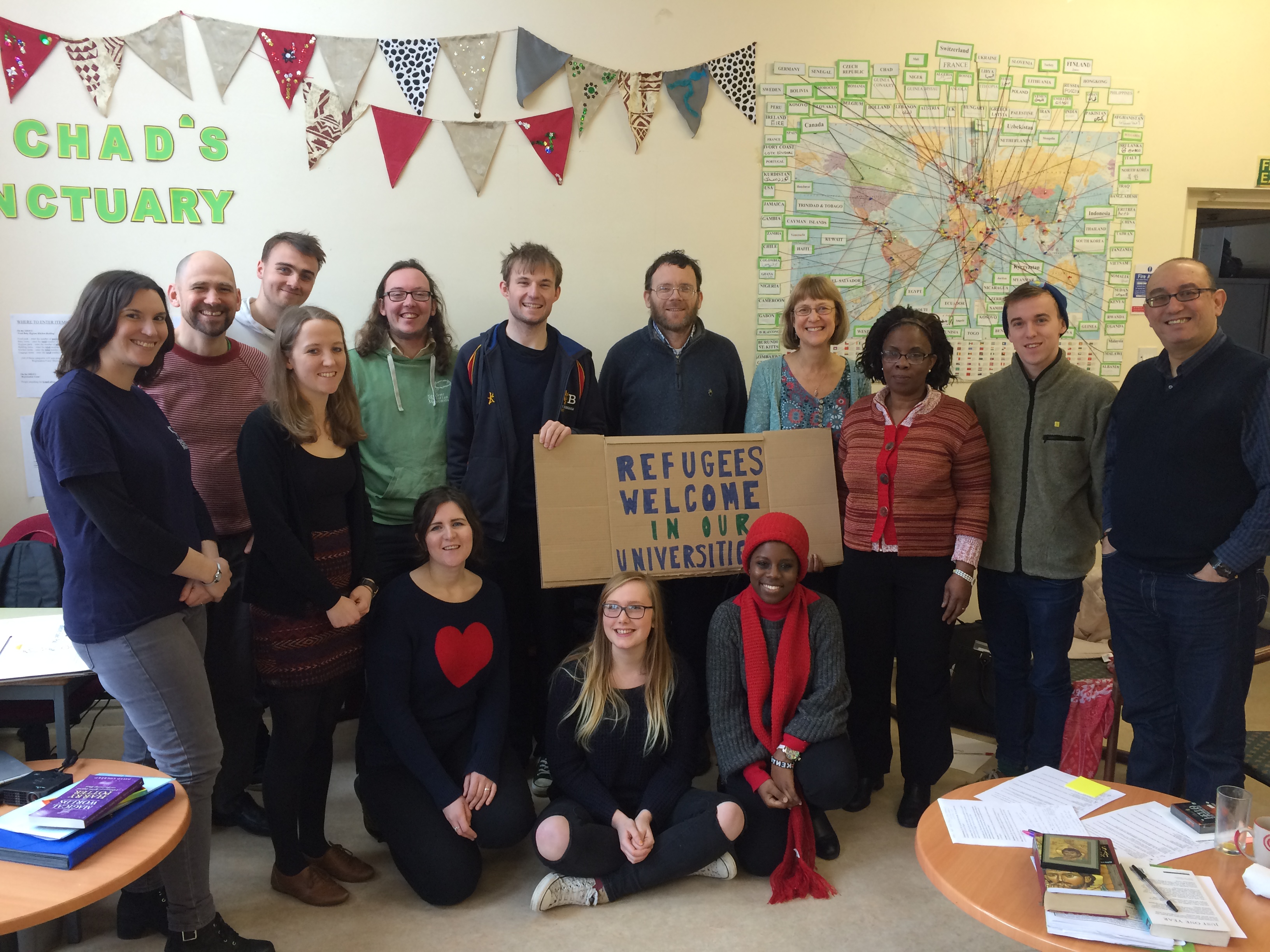 February saw the first event in the newly launched SCM refugees campaign, led by Faith in Action worker Ruth Wilde. The day of action took place at St Chad’s Sanctuary in Birmingham, with students coming from universities in Birmingham, Worcester and Leeds to hear stories from local asylum seekers, who spoke of the difficult and often drawn out process of settling in Britain, and take part in workshops exploring the current refugees situation. We were inspired to hear stories of love, compassion and generosity being offered to asylum seekers and refugees across the country. 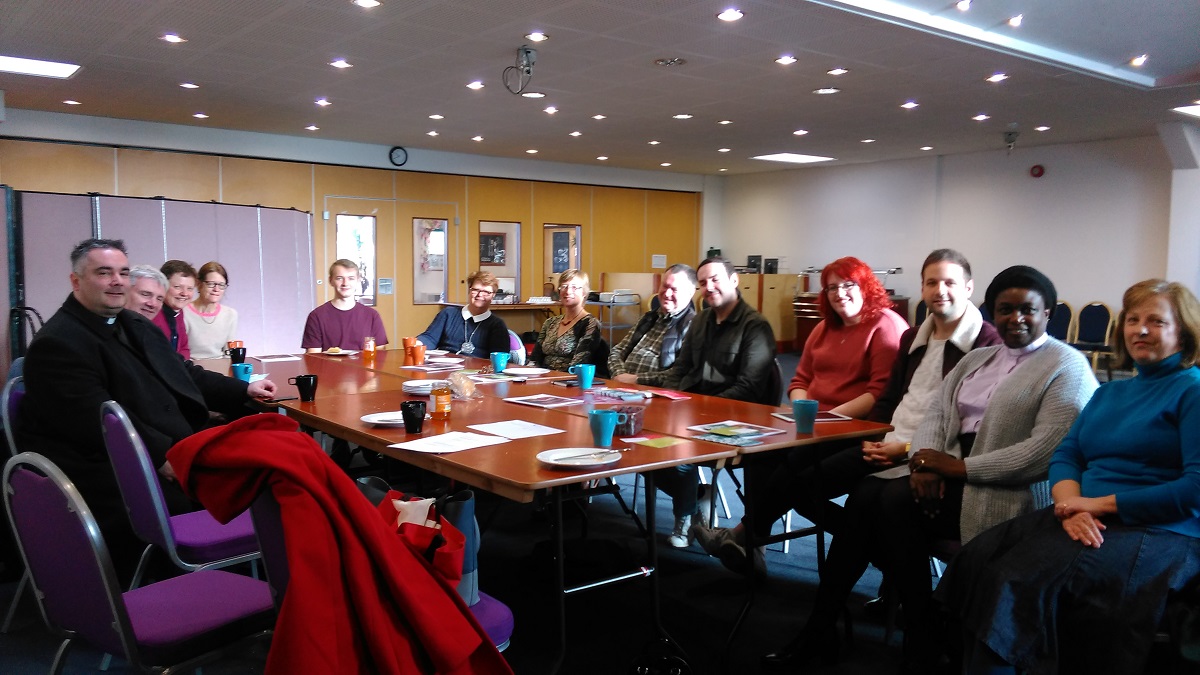 A focus on training and equipping students and local churches continued to be an essential part of SCM’s mission in 2016. SCM Groups Worker Lizzie ran the first ever ‘SCM Breakfast’ event in Cambridge in February, getting churches in the city sharing ideas about student engagement. We held subsequent breakfast events in Birmingham, Coventry, Worcester, Edinburgh and Leeds, and another one is planned for Liverpool in early 2017. Some great local partnerships have already sprouted up – in September Augustine United Church worked with different local churches to organise an LGBTQI+ churches fair for students in Edinburgh.

Our motto has very much become ‘no train, no gain’, as students, chaplaincy assistants and church student workers came together in September for our first joint leadership training weekend. It was a jam-packed two days, exploring the essentials of leadership, diversity, inclusion, community building, and worship planning. We’re excited to see the fruits of this work in the coming year and help to train up more future student leaders and church workers. 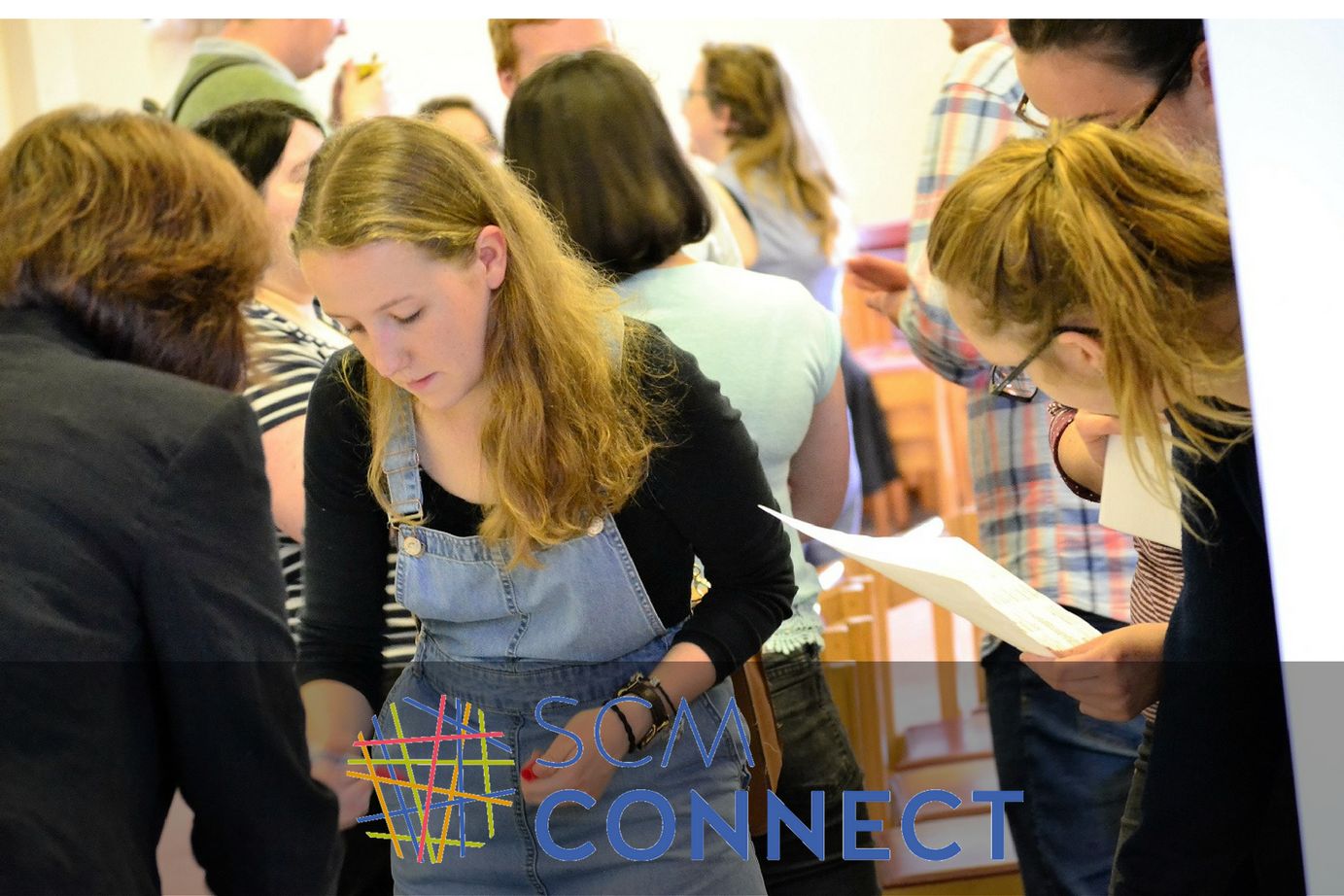 To support local churches, SCM launched a new online directory called ‘SCM Connect’ in June, with a new ‘Going to Uni’ guide published for freshers. This was a groundbreaking new direction for the movement, focusing more energy and resources into helping freshers make the right connections to continue their faith journey at uni. Over 150 link churches and student groups are now listed on the platform, and we’ve already seen a number of students finding their spiritual home in different local churches as a result. 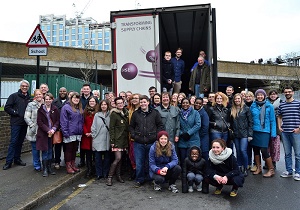 New partnerships were forged in 2016. In March, SCM worked with Oasis Church Waterloo and a brother from the Taizé community to organise a two-day event called, ‘The Courage of Mercy’. More than one hundred people gathered from all walks of life for a Taizé service that included Lenten Prayer around the Cross, while students took part in a full programme of workshops and community action the following day. We explored the meaning of inclusion and welcome, and challenged ourselves to do more to show mercy to others. We were also privileged to partner with the Greenbelt festival in August, leading sessions on the worship programme, engaging young people in a session on going to university, and organising another fantastic student meet-up at the Jesus Arms. The sessions were a great way to help students find some of the Greenbelt spirit – adventure, curiosity and deep-rooted faith – on campuses and colleges this year.

Poet, storyteller and leader of the Corrymeela community Pádraig Ó Tuama joined our first ever live Twitter Q&A in April. He answered questions from students and SCMers on the role and impact of storytelling in building community, and shared his favourite Biblical stories and poems. You can catch up on the chat on our storify here. 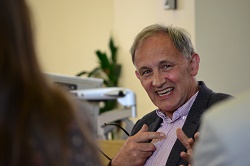 Pádraig was not the only great speaker we heard from this year. In June, members met for SCM’s summer gathering ‘Stories of Faith’, where we shared stories of faith and hope with Professor David Ford, who encouraged us to engage with people from other faiths and get serious about Bible study. “David Ford was excellent, with many profound insights and I came away with lots of new ways to read scripture,” said one participant.

We said goodbye to a few SCM stalwarts and faith giants this past year. We were saddened to learn of the passing of Revd Dr Andrew Morton, former SCM Scotland Secretary in the 1950s, during the ‘golden age’ of the movement, who later became a visionary leader in the Church of Scotland and British Council of Churches. Then in April, SCM joined thousands to pay tribute to Fr Daniel Berrigan, a Jesuit priest and peace activist who has shaped the faith and politics of so many, not least during an address he gave to the seminal 1973 SCM conference ‘Seeds of Liberation’. 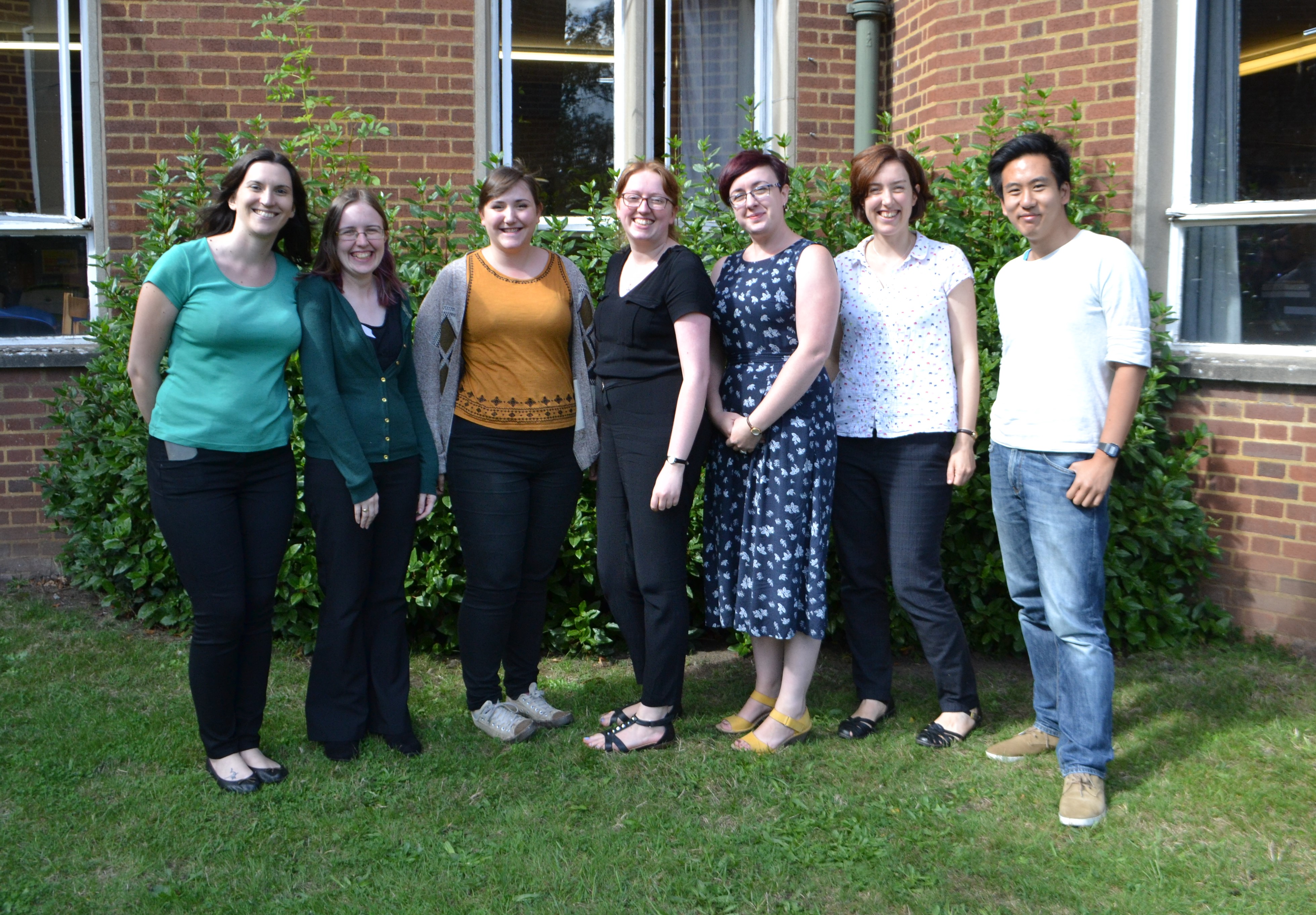 As we bid farewell, we also welcomed some new staff members into the SCM team. In February, Ruth Naylor joined as administration assistant (and became a ‘mail merge wizard’ in the process – her words), while Rach Collins joined as North West Development Worker in September. Rach has helped to establish SCM’s first ‘regional hub’ in the North West, and we’re excited to make new links across the region in the new year.

So how do we continue to bring people together, grow community and be witnesses to love and justice this year? We’d love to have you join the movement as we continue this journey of faith together.

We would like to thank all our supporters, donors and volunteers who have contributed so much to making all of this possible. Your efforts have meant students being welcomed into churches, drawn into communities of love and faith, and equipped with the skills and confidence to lead others.

If you would like to support students grow as leaders and put their faith in action this year, please make a donation to SCM to support our work. Thank you.

Tags:
Deepening Faith
Students
University
< Back to all blogs