Faith and the General Election 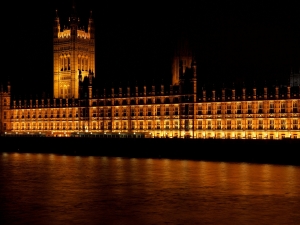 We hear from SCM member Freddie Alexander and SCM Friend Roger Barlow, on some of the most important issues at stake in the election for them as Christians.

Who Is My Neighbour?

In this General Election, I can imagine myself asking a similar question that was asked in Judea 2000 years ago: “Who is my neighbour?” In this, a time of suspicion and anger, for whom am I responsible? Which conversations, a dialogue between parties, should I be seeking out, and how can I manifest the teachings of Christ that are so sorely needed?

The example of Christ has been an important touchstone in this election. Christ demonstrates the uncomfortable reality that we must maintain in these fraught times. While maintaining strong principles to bless the poor, sick, and outcast, Jesus also called on his disciples to love their enemies, and bless those that wrong them. This is a difficult tension, and yet it was so central to Christ’s mission that he died blessing those who had killed him.

This is not to imply that the oppressed must accept their oppression. Rather, how can I (and I speak as a SNP-turned-Labour voter) expect to win a general election without speaking to a Conservative voting electorate? People are not wholly good or wholly evil, and if I have been the product of past experiences and conversations, do I not have a responsibility to be that instigator for my neighbour? Or shall I ask, as Cain famously asked, “am I my brother’s keeper?”

If we only love those who love us, what good is that? “Do not even the publicans the same?” None of this is easy, and yet, I suspect, Christ was never best known for his easy teachings.

Tribalism, Isolation and a Christ who Died for All

I am - like many others - pouring time and energy into fighting this election in a seat which the Conservatives are bound to win, just as they’re bound to win an overall majority. On the morning of June 9th I will be gutted with disappointment. Logic and experience tell me it’s futile. So why do I do it?

I have, in my 66 years, seen the UK enriched by new ideas and cultures, foods and philosophies,  writings and religions from many lands, especially from our close neighbours in continental Europe. I have benefited from working in France and Germany; I have many colleagues in the UK who have come and made their home here, and I greatly value their support and friendship.

But the forces of tribalism are now resurgent. We are being led towards an intolerant future Britain proud in its isolation, justified in jingoism, unashamedly hostile to those not like us, within our borders and outside. With a course inevitably set on economic disaster, we will blame others for our own mistakes and the flames of hatred, fanned by the tabloid press and their digital successors, will burn higher and higher. It is hard to see where this will end.

Christ died for all. That incredibly strong bond binds each of us together with everyone else on the planet. It’s at the core of the Christian faith - the new testament stresses this again and again. There is no place for these divisions in the kingdom of God.

So I will continue the struggle, up till June the 8th and then after it, in whatever way I can. It may be foolishly pointless pragmatically, but I wouldn’t be true to myself to do otherwise.

Written by Roger Barlow, election agent for the Liberal Democrat candidate in the consistency of Tatton and an SCM Friend

Tags:
Politics
Faith in Action
Campaigns
< Back to all blogs