Getting Together and Building Community 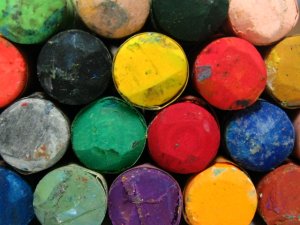 This weekend marked one year since the tragic death of Jo Cox MP, a brilliant lady who fought for justice, equality and unity throughout her time as a politician, and who inspired many people in her community. On the anniversary of her death, local communities up and down the country took part in a ‘Great Get Together’ to remember her and to continue her legacy of work for unity and peace.

I attended my local get together, which was held at my church in the community of Hyde Park, Leeds. Being in the same part of the country as Batley, where Jo was MP, a lot of people there knew her and had been personally inspired by her in one way or another. There were representatives from the hugely diverse communities that live in Hyde Park, from local Mosques and churches; to students, schools, local councillors, and community workers and organisers. They each took a few minutes to talk about why our community meant so much to them, and the joys they find here, celebrating that, in Jo’s words, we have more in common than what divides us. Each had their own message of love and unity: from the head teacher whose students show promise of being a generation who show respect and generosity; to the local councillors who are working to improve our area and our public services; to the Hyde Park Source team who are working to build community gardens and brighten up the area. It was amazing to see so many people loving their community and investing their energy in the life of local people.

My favourite part of the evening was getting to know new people who I’d never usually talk to. At the start of the evening we were instructed by our ever-enthusiastic vicar to ‘sit next to a stranger!’, which usually would fill me with dread! But once I got sat down in between two new people, I had a great time learning about their lives and backgrounds. On my left was a Labour party worker named Paul, who was wearing a sharp suit and tie and had come straight from a day of formal meetings with new party members, and on my right was a lovely lady called Brenda, who had come all the way from Harrogate after hearing about the event in her church newsletter, and told me she usually spends her weekends helping out at her church’s soup kitchen and food bank. Both were passionate about improving their communities, and had very different ways of getting involved, which suited their talents and personalities.

After the talks, we had a time of ‘Walk in my Shoes’ conversations, getting to know on another on a more personal level. We were instructed to get into the most diverse groups we could find and discuss questions such as ‘What is your favourite place in Britain?’ and ‘What about the world makes you joyful? What makes you grumpy?’ My group had a good laugh together, as well as sharing some very personal stories about places that had a particular meaning for us. It was a humbling experience meeting with all these new people, people I would never usually talk to, and recognising that we truly do have more in common than we might realise.

The whole event gave me a sense that this is how the kingdom of God is built: strangers coming together to share stories, value each other, and build bridges between communities. It inspired me to believe that meeting the people around me and taking active steps to create communities really isn’t as scary as it seems, and is necessary if we are going to build for ourselves the abundantly open, caring, accepting, and generous world I want to live in.

Emma Temple is an SCM member and a trustee on SCM's General Council. She has been a chaplaincy assistant at the Leeds universities for two years and is starting an MA in Philosophy next year.

Tags:
Creating Community
< Back to all blogs