The Gift of the Present: Dealing with Mental Health During Lent 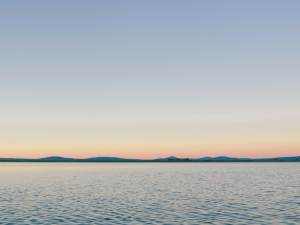 I’ve written for SCM before about my schizoaffective disorder and how religious buildings are a major trigger for it. What I did not mention was that my symptoms tend to flare up hugely during Lent. From 2011 to 2016, every Lent without fail I would become very ill and my paranoia around attending church would increase tenfold.

So how does a practising Roman Catholic attempt to observe Lent when it proves so scary?

This question has bugged me a lot. As a cradle Catholic, my faith has long been a major part of my identity and my faith life has centred around Holy Week in particular. Rightly or wrongly (perhaps this is the infamous ‘Catholic guilt’ talking!), I had always put a big emphasis on church attendance during Holy Week. As a child, I would abstain from all food on Good Friday!

So to realise after the onset of my illness that I could not give due observance or reverence to this most important liturgical season was very painful and not something I could reconcile with. I couldn’t help but feel it was my fault – not trying hard enough or not wanting to be closer to God or to emulate Jesus’ sacrifice.

Focusing on the Present

In advance of Lent 2017, I was talking to my university’s Anglican chaplain (a great spiritual mentor to me) about what I could/would do for Lent. This very wise chaplain suggested something that caught me completely off-guard: why not give up putting so much pressure on myself to “be a good Catholic in Lent” and instead just try living one day at a time?

I decided it might be a good idea to try, without putting too much pressure on myself, to follow through. As predicted, it hasn’t been easy. I’ve never been good at living in the here and now, without predicting all kinds of catastrophes for the future! This Lent, though, I’ve tried to catch myself when I realise that I am not taking things one day at a time. This has been challenging, as I have to do a transfer of status for my PhD course this coming June, and I feel quite stressed and worried about it. But I’ve done what I can, when I can. I’ve also been practising mindfulness exercises in therapy too, which has been helpful in trying to notice and appreciate things that are happening today, rather than spending too much time stuck in the past or in the future.

I am really happy to be able to say that although it’s not been an entirely smooth ride and whilst I certainly could have spent more time living one day at a time, the cycle of illness-fuelled Lents appears to have been broken!

Whilst there are still a few days left, this Lent I have been far more lucid and present than I have been since my first psychotic episode in Lent 2010. Having not attended a single Holy Week/Easter Sunday service in many years, I am hoping this year that - should this wellness continue - I might be able to even attempt attending one church service this year. (Again though, I am trying not to put undue pressure on myself to attend, so I will only decide on the day that I want to go.)

Focusing on the present a bit more this Lent has been a useful skill, not just for my faith life but my life more generally. I only hope I can keep up the good progress I have made during Lent and build upon it in future years. I will try to take heed of that wonderful saying in Kung Fu Panda: “Yesterday is history, tomorrow is a mystery, but today is a gift! That is why it is called the present”. 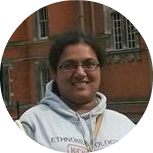 Written by Shanika Ranasinghe. Shanika is a Roman Catholic student, studying for a PhD in music at Royal Holloway, University of London.

Tags:
Mental Health
Student
< Back to all blogs