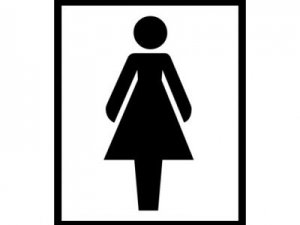 It’s been four years since I set up my @God_loves_women Twitter account. At the time I set it up I was working for a Christian organisation and didn’t want to get them into trouble with what I suspected were going to be rather strong opinions in a public place. Alongside this I had personal safety concerns due to having a dangerous ex-husband.

I felt I needed a space online to blog and tweet about women’s equality and up until recently my Twitter bio read: “I love God with all my heart and hope to share the truth of God’s love for women and my frustration when His body ignores this truth and puts down and devalues women.” That sums up what I’ve tried to do over the last few years.

Twitter has become my dispersed Christian community. Although I’m part of a local church, most of my best friends are people I connected with via Twitter. I LOVE it. It’s given me a space to share thoughts, process life and have a voice. The beautiful thing about Twitter is the way it subverts power. It doesn’t play the game of Christian culture. If you’re saying stuff people want to hear, they’ll listen. You don’t need a book deal or an endorsement from someone with a platform. I can bring my truth and it doesn’t have to be commercialised, dumbed down or made palatable to the powers before it can be spoken.

As a young woman, I also found having a pseudonymous account allowed people to hear what I had to say and build relationships with me without the prejudices of face to face contact.

Nothing but God is 100% good, including Twitter. The struggles with Twitter have been around balancing it with offline relationships. How do I converse with friends online when my kids or husband are wanting my attention? If those Twitter friends were there in person, it would be easier, but integrating on and offline relationships in a healthy way can be a challenge.

I’ve also been subjected to some unkindness online. As a Christian feminist, I’m an easy target for both atheist misogynists and Christian misogynists, which is just delightful. I wrote a piece awhile ago about the worst misogynistic abuse I was subjected to. You can read it here.

I never imagined when I set up the account four years ago, that it would be so significant in my relationships, walk with God or that it would become the primary way I communicate about gender and the church. A couple of years ago I left the Christian charity I was working for. Since then, the God Loves Women Twitter account and blog are the primary way I engage with Christian people and organisations. My work has become mainly focused on working outside of a faith context.

God does great stuff through Twitter and my faith, my feminism, my life and my work have all been massively enhanced through Twitter, and I hope I’ve maybe offered something to people who have engaged with me and read my blogs and tweets. Though I’m no longer with the charity and the threat from my ex-husband has somewhat subsided, I’ve chosen to stay pseudonymous to some extent. I don’t want to “build a platform” or “increase my reach”, and by not making it about my image or “me” I can hopefully keep the focus on the stuff I feel God wants me to say; that Jesus is awesome, that women’s liberation is a Gospel imperative and that life can be beautiful.

Tags:
International Women's Day
< Back to all blogs