The Gospel and Safe Spaces 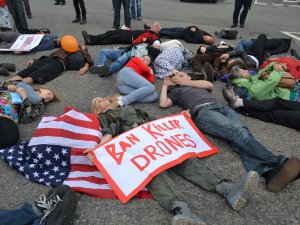 “Snowflakes” (the non-wintery kind) seem to be the talk of the day, with many a modern-day Cato complaining about the times and mores; they decry “safe spaces” with the same verve one would expect Cotton Mather used in the witch hunts of his day.

One such recent j’accuse in a national newspaper specifically contrasts the righteous protests against apartheid of old with “weeping and wailing in the halls of academe” over trivial matters which the writer says are the result of the navel-gazing of a spoilt generation of students.

How do we respond from the criticisms raining down from ivory towers?

When they are wrong

We could start by pointing out that as much as those protests against apartheid were central for a generation of students who decided to use their privilege for good, looking back at them with rose-coloured glasses and setting them apart as the litmus test of which causes are worth pursuing, or not, is nothing more than an exercise in nostalgia, and not an answer to the problems of contemporary student protests, whatever they might be.

I’m a middle-ground person, and as such am more than happy to acknowledge that there are occasions where I find myself puzzled by the emphasis and methods of student protests that I know nothing more about than what is being reported in the media. However, as a Christian, I am also painfully aware of the fact that it’s usually the outliers who find their way to the front page, rather than the most representative elements of any group or movement.

To answer these criticisms plainly, asking universities to be considerate about long term mental health issues is not entitlement nor a “most laughably trivial issue” to be clumped together with the odd overzealousness of the few, and it is not true that students are too busy being self-centred that they forget to campaign about more pressing issues that seem to align with the author’s own moral compass, as SCM members protesting the arms fair, tax dodging, and nuclear weapons shows.

When they are right

However, as Christians we are also called to follow the example of Jesus and remember that the blood of the forgiving victim speaks a better word than that of Abel (which conflates vengeance and justice, Hebrews 12:24), and a real theology of the protest needs to be developed for us to not fall into the same mistake as those who would idolise the decades between the Sixties and Eighties, and end up idolising the least of these and basking in the glorious light of our own self-righteousness when we stand up to injustice.

The Gospel forbids us from punching a Nazi, dehumanising others, and any other form of physical or emotional violence. Martyrs such as Ben Salmon, Dietrich Bonhoeffer and Martin Luther King Jr. showed that following Jesus can be non-violent whilst also avoiding turning pacifism into passivism.

Walter Wink’s Third Way comes straight from the teachings of Jesus and pushes us to fight injustice by pitting it against itself, or by accepting the necessity of self-sacrifice rather than sacrificing the other on the altar of our moral superiority. Did God not execute justice by pushing Paul off his high horse and transforming him away from his zeal (Philippians 3:6), by revealing the Forgiving Victim to him and having Jesus call him by name rather than resorting to name calling?

There can’t be peace without justice, but if our working for justice limits itself to that which will only appear unjust to the oppressors, and produces no change of heart and does not plant seeds of reconciliation, we might find ourselves feeding the pain, resentment and hate with new idols to rally up around; punitive justice is but a plaster and we have a duty to ourselves and to those who will come after us to ensure that the victory of today don’t become the casus belli of tomorrow.

In conclusion then, are all criticisms the swan song of dying reactionaries? Are all protests good and holy no matter what? No and no.

As Christians, and heirs of a strong tradition of student protest, we ought to follow in the footsteps of previous generations of SCM members and push for a better life for the oppressed, but we cannot claim to be trying to create God’s kingdom of peace, justice and hope if we are willing to do so with the same righteous zeal that crucified Jesus.

Simone Ramacci is a student at the University of Essex and is the Science and Religion Rep on SCM's General Council.

Tags:
Faith in Action
Students
Jesus
The Bible
< Back to all blogs