Green Living; Part of the Biblical Narrative, Part of the Christian Life. An Interview with Ruth Valerio, Part One 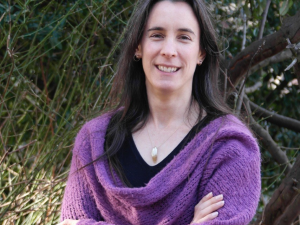 Hi Ruth! Thanks for taking the time to talk to us. Firstly, could you tell us a bit about yourself and your work?

My official title is Global Advocacy and Influencing Ambassador at Tearfund, and that means that I oversee the work that we do as an organisation around campaigning and influencing to make a difference on the issues that cause extreme poverty. A lot of the work we do at Tearfund is that really practical, hands-on in-country poverty relief, but we recognise that underlying all of the problems that we encounter and know are happening on the ground, there are a whole load of reasons why extreme poverty is happening. So my team is focused on not just trying to tackle it themselves, but trying to motivate the church, both in this country and in other countries around the world, to get stuck in on the issues that cause poverty.

There are a whole range of different things that we look at, but one of the main ones is of course climate change. Climate change is the biggest driver of human poverty today let alone the biggest driver of environmental problems. As an organisation which is interested in tackling poverty and following Jesus where the need is greatest, you cannot look at where the need is greatest without looking at climate change because it is so interlinked. I have about sixty people in my team and we are engaged with a whole range of different things.

Before my current role I worked for A Rocha, which is a Christian environmental charity, and I was their Churches and Theology Director. Similarly, I was working with churches to help them get engaged and motivated around environmental issues.

How do you put your faith into action through your work?

I’ve always been really blessed in that for me, the work that I have done has always been an outworking of my faith. Right from the start when I left university I’ve never followed a conventional career path, though there is nothing wrong with following a career path! I have always been convinced that whatever I do work wise should be part of my calling; part of what I think God is asking me to do with my life and not a separate thing. The lines between my work life and my calling have always been blurred.

A lot of what I have done has been around environmental injustice issues and speaking, teaching, writing and helping people understand where caring for the earth and caring for other people is an integrated part of the Christian faith. So that led me to work with A Rocha, which is an organisation that is doing just that. The job I have now is clearly an outworking of my desire to see the kingdom of God come to this earth. I think Tearfund plays a key role in that.

Who or what inspired you to be interested in environmental issues?

It was someone in my church who wrote a little booklet about what the Bible says about caring for the earth.  I read that when I was at university, and I would say it was like a second conversion for me. I remember where I was when I read this book. For the first time I really saw and understood how caring for the earth and caring for the environment is part of the biblical narrative, and part of the Christian life. Caring for the environment is not a fringe extra for a few weird people over in the corner who are interested. It is an absolutely essential part of the Christian faith. In the Bible there is this green thread that runs all the way through the narrative. I saw there that caring for this world is a part of what it means to worship God, be fully human and to fully worship Jesus. So this chap Chris in my church was the foundational influence who set me off on the path that the rest of my adult life has taken.

What have been the biggest challenges or difficulties you have faced while thinking about environmental issues?

It has become a bit easier now as it is a bit more mainstream. When I first started thinking about these things around 20 years ago, I realised that it was not enough just to give my money to a charity or to campaign. I realised that these actions were hypocritical if I was not making changes in my own life too. So I saw that I needed to live differently and change the way that I lived so that I was doing as little damage as possible to God’s world and all its inhabitants – both human and other than human. Back then it really wasn’t something that the church was engaged with at all. So as a Christian trying to live in a different way, people really didn’t get it. The biggest challenge hasn’t been individual things to do but the whole scale change to my life.

It’s been difficult living in a society that pushes against that. We live in this consumerist society that wants us to consume and wants us to live in a particular way. When we make a decision to do a different thing it is a really hard thing to do. So one of the biggest challenges for me has been just to keep going. I have been trying to live differently for about 20 years now, and always looking for what the next thing I can do is. Not giving up and being prepared to have that tenacity to keep going has been important.

Tags:
Faith in Action
Environment
< Back to all blogs