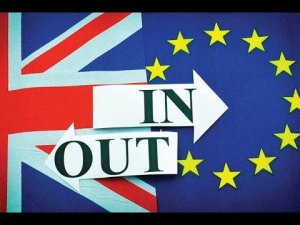 The few short weeks since the result of the EU Referendum was announced has been a time of political and social turmoil, not merely in the UK but across the rest of Europe and further afield. Governments have been changed, alliances forged and sundered, communities shaken to their roots. I cannot help but be strongly reminded of the Scottish Independence Referendum in 2014. Both occasions saw entire countries split cleanly in half, creating discord and bitterness between the opposing factions. People became polarised, entering into a narrative of tribal division rather than democratic debate. Whatever their benefits may be, it seems that referendums nurture a habit of pushing people apart rather than drawing them together.

Speaking in the aftermath of the result, the Primus of the Scottish Episcopal Church, David Chillingworth, suggested that the EU Referendum had indicated that ‘politicians in recent years may not have paid sufficient attention to some of the deeper issues which are present in our life.’[1] He argued that issues such as poverty and immigration have had a greater impact on the voting pattern than many would have realised. Although framed in the language of the European Union, in reality the referendum had come to encompass much more than that. Those people who voted Leave did so for a variety of reasons, but it cannot be denied that for some it was seen as a chance to react against a seemingly out-of-touch metropolitan elite. The belittlement that has unfortunately characterised some on the Remain side of the debate, both before and after the 23rd June, has done nothing to help this image. The decision to vote Brexit can be seen in part as a grassroots reaction against successive governments that have failed to identify with many of the poorest and least privileged communities in Britain.

Disenfranchisement is a powerful political tool, and these last few months have seen politicians and leading figures on both sides of the debate use it to whip up a frenzy of support for one outcome or the other. It is far easier to find a straightforward target to blame for our frustration – be it the EU, immigration, or controlling media tycoons – than it is to face up to the deep flaws inherent in our society. Rising poverty, unemployment, and the ever increasing gap between rich and poor are only some of the issues that have caused this. What is needed is neither triumphalism nor arrogant disdain, but a move to bring people together, despite their differences, in a spirit of acceptance, openness and compassion.

Time and again in the Gospels, Jesus says to his disciples: ‘Do not be afraid’ (John 14:27). Fear is what drives people apart. Jesus calls us to love unconditionally, even when the situation might well lead to fear, suspicion and hatred. In these coming weeks and months after the Brexit decision, we may well feel that we too are drawn towards fear and divisiveness. The wounds have run deep, and many people are struggling to forgive those on opposing sides. But if we really want to bring people back together, and to work for the common good of all in this country and in this world, then it is to Jesus’ example and call to ‘love one another’ (John 13:34) that we must return. Only by listening to our neighbours in a spirit of mutual respect and by working together to care for the poorest and most vulnerable members of our society, can we hope to heal the wounds that this referendum has caused.

Tags:
Brexit
Christianity
Politics
< Back to all blogs