Heeding the Call to Mercy in Post-Election Britain 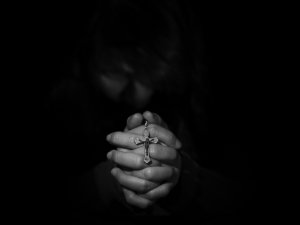 Now the dust has begun to settle following the General Election, a subtly shifted landscape has come in to view. When Mrs May announced that there would be an election, there were no doubt a few collective groans from people like me around the country, who find partisan rhetoric and the general adversarial nature of UK politics to be overly stressful.

A more conservatively minded colleague felt that a journalist was being a little unkind to the PM in asking her the ‘Mrs Merton’ question of “What was it about your 20 point lead in the polls that prompted you to call this election”.  And so for the second time in 12 months, a Tory Prime Minister’s hubris has led to some severely dented pride and no doubt more than a little soul searching.

Just to throw my cards on the table I’m what might be broadly (and occasionally euphemistically) called a liberal Catholic (covers all manner of sins, doesn’t it?). I’m the son of a nurse and a social worker, married to a teacher and with a few years’ experience of working in schools. More than anything it’s government policies on social care, health and education that interest me.

At the call of the election I was initially fearful that Labour, under Corbyn, would be wiped off the map. But he pulled off a surprisingly successful election campaign. There is now an appetite, especially among the younger voters, for a genuine alternative point of view in Westminster that is based around greater government investment in public services, a commitment to a publicly owned National Health Service and welfare state that supports those who society might otherwise easily discard.

Whilst I accept that these policies aren’t explicit in Catholic Social Teaching, I feel very strongly that they reflect a society which understands that a person’s dignity and worth is not bound up in their economic output, material income, insurance risk or market value. Similarly I found Corbyn’s refusal to commit to launching our nuclear arsenal quite refreshing and certain members of the public’s fixation on it quite disturbing.

So what am I, or indeed any of us to do in the wake of an election result that may or may not have gone our way? If we are once again restrained by the bonds of representative democracy then I would recommend exercising the freedoms we do currently enjoy, most profoundly the freedom to be merciful.

As Micah reminds us, we are called to love mercy, something that is open to all of us, regardless of political leaning. The Catholic understanding of mercy, as celebrated in the ‘Year of Mercy’ and expressed in the ‘Corporal and Spiritual Works of Mercy’, draws deeply from the idea that mercy is a heartfelt compassion for those in need. By acting mercifully we step into another person’s suffering to share their load, ease their burden and make a practical show of solidarity with them. I’m looking forward to exploring this concept with our students at Keele over the next year and encouraging them to think about how their faith can inform not just their politics but their whole lives, privately and publicly.

It can be easy to feel powerless, or be flooded with an overwhelming sensation of relief following an election result. We may be tempted to shout our views from the rooftops or to hide back under our rocks once the electoral die has been cast. It’s in this time that I know I will have to make a concerted effort, and encourage others around me to feel empowered by what actions and instructions, however small, are still within our powers.