Hi, my name is Lizzy! 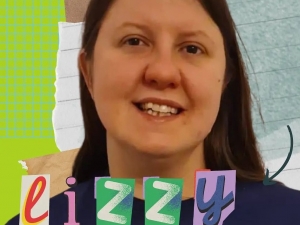 Hi, I am Lizzy

I have been involved in campaigning for social justice since I was seventeen. I am particularly passionate about issues that relate to fragile states and conflict and I would define my soapbox issues as being centred around the persecution of people, refugee rights and the exploitation of children living in fragile and insecure environments. My passion for the latter was a driving force in my decision to undertake a PhD that examined what land-based root causes led children to join maritime piracy networks in Somalia.

While a lot of my time is now spent working for social justice and I would say is a core part of who I am, it wasn’t always this way. This is where faith in action and my own discipleship can really be seen.  Becoming involved in social action is undoubtedly something I have been moved to do by my faith, something God has called me to do, although I haven’t always been aware this has been happening. There are key moments when now, looking back, I can see I was being called to dedicate my life to serving others through campaigns and social justice work – but at the time it wasn't necessarily obvious.

A big moment for me came when I visited a church in New Zealand. On my way in a lady at the door handed me a flyer on the food crisis that was occurring in Zimbabwe at the time. This flyer detailed how food aid workers had been kicked out of the country ahead of the election and that people had been told if they didn’t vote for Mugabe they wouldn’t receive any food aid. I felt what can only be described as righteous anger as I read about the suffering the Zimbabwean people were experiencing as a result and, after shedding quite a few tears, I made a commitment to God that I would dedicate my life in whatever way I could to fighting such acts of injustice.

There have been lots of other moments since when I have similarly been moved to take action. What they illustrate is that for me, faith in action and my own discipleship has very much been about being ready and willing to hear that call from God, to think not only about how I can serve myself, but how I can serve others and the small ways I can act to make positive change in what is often a very harsh world.

I am really excited to be joining SCM for this year and to be able  to continue my own faith in action journey with all of you. In particular, I am looking forward to working with SCM’s members and supporting students to take action on the issues that they feel called to speak out on – whatever they may be!