How my Faith Changed at University: Encountering the Love of God 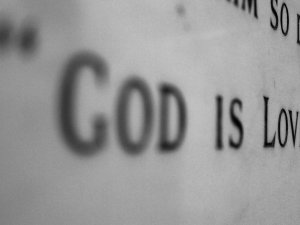 Living in the UK has been a completely new experience for me compared to back home in South Korea. I was brought up in a Christian family which means I went to church every week because I was told to. Without truly knowing why I was going to church, I started playing the piano in band and also became a leader in it. I was there because I liked playing some of my favourite Christian songs. I felt like I had to be like others who shout and cry to pray, so I shouted and cried to pray without any real emotion in it. People started to treat me as their leader or mentor in order to improve their faith in Christ. I thought I deserved to be their leader because I did so much hard work at church. But still, there was no real emotion in it. I was just trying to act like those who have a close relationship with God.

As I grew older, I began to realise that I was a fake Christian. All those leaders including pastors and teachers that I was following were also fake Christians. They loved spreading God’s words in their sermons but their behaviour was completely opposite to what God wanted. There was plenty of evil desire in their heart. After I realised this, my mind fell into despair. I thought my way of faith was the right way to be closer to God. But it wasn’t. I was even struggling with whether there is God. While I was in this time of uncertainty, unsure about my faith, I came to the UK to study. I’ve been studying at Aberystwyth University in Wales for the past three years.

As soon as I arrived at university, I became a band member at St. Paul’s Methodist Church in town. I also joined a society called MethSoc – the Methodist Society. A year later, I became Music Secretary of MethSoc. One more year later, I became a Vice-President. And now, I am a Music Secretary again. Normally the rule is that final year students should not take on any role unless they want to. I often found that I took on too many things Korea and that I did too much at church or in any community that I belonged. Because I was under a lot of pressure taking on too many roles at church, I felt I was gradually parting from God.

However, church in the UK, especially St. Pauls Church and MethSoc where I belong, have been very different to me. Churches in South Korea are huge and every person is busy at church doing events, preparing food, decorating and so on, whereas St. Pauls Church is very relaxing and welcoming. Being a band member in Korea was pressured because the band needs to be perfect in Korea but here, everyone enjoys what we’re playing and, even when I think I’m not good enough, people compliment me so much that both my confidence and my piano skills improved. No one ever tells me my attitude was wrong; they simply encourage me. I have felt a love in this community which I have never encountered before. I feel like this church has helped me to accept myself just the way I am. People accept me not because I play the piano or because I am a MethSoc committee member but simply because they like the way I am.

To conclude, I am not saying that all Korean churches are bad, but my own experience in Korea was not as good as in the UK. I have always been busy in Korea but here, I could relax by just coming to church, meeting people and playing music. Through that, I could accept myself as I am. Most importantly, I have felt love. That has made me want to find out more about - because people in this church have faith in God and I truly think that the reason why they love me as I am is because they know they are loved by God no matter what. I really want to find out more about God so that I too can love others as people in my church do.

Jina Sung is a final year student at Aberystwyth University.