How my Faith Changed at University: Learning and Growing 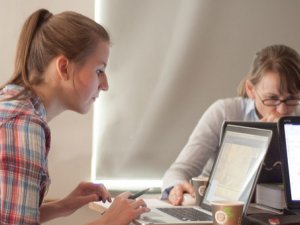 Before I came to the University of Exeter, I was terrified of being a Christian at university. I had heard horror stories about university being a festering pool of Godlessness! Within weeks of my first term, I found that to be woefully inaccurate: I suffered no persecution for my faith even though many of my friends did not share it, and was under no pressure to do anything that I did not want to.

Yet with the expected concerns dealt with, there was to be an unexpected one. The Street Pastors had a stall at Fresher’s Fair in my first year, and when I told them that I was studying Theology they told me to be careful: studying Theology is dangerous to a working Christian faith, they said. As it turns out, this is apparently a common concern for Christian students of Theology. While I cannot speak for anyone else, my experience has been the exact opposite.

There are many things that have helped my faith to develop over the three years I have spent at university, but my subject was definitely one of them. My father watches a show called Madame Secretary, about a fictional US Secretary of State. In one scene, her husband tells their son not to discuss politics he doesn’t understand or doesn’t know enough about: to either educate himself, or shut up.

In a way, studying Theology has been my way of educating myself about my own faith in a way that I never would have been able to otherwise. The atmosphere of intellectual discussion surrounding faith, which questions all aspects of Christianity, has allowed me to think about my faith in a more sophisticated way than before, and I believe this has strengthened rather than weakened my relationship with God.

That is not to say that you need to study Theology for university to develop your faith. As I mentioned, my studies are only one aspect of how I have developed as a Christian these past three years. One other important way was by getting involved with a Christian community on campus. For me, that mainly involved going to the university chapels for Sunday services. Whereas my home church did not have many people my own age, at university almost the entire congregation was made up of students.

I found that the solidarity with other students, and the ability to discuss Christian faith with people who were going through the same things as me, helped me to see how God works in my life in ways which were relevant to the issues I was facing. At different points in our lives, our concerns will be different; but God is there with us for all of them, and all I needed to do was focus on the right issues at the right time to realise that.

I do honestly believe that going to university has benefitted me in numerous ways, including in developing my faith. I certainly have more confidence in what I believe now than I did three years ago, and my university journey has been particularly instrumental in that.

Ellen is a Theology student at the University of Exeter. She is in her final year.