How to spread the love and goodwill this Christmas! 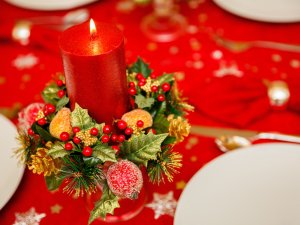 It’s been a tough year for many of us. The shock of the Brexit vote in the UK and the horror of President-Trump-in-waiting in the US have left us reeling. The stress of this year has almost certainly dragged us into some horrible arguments online and in person. We may be worried about the stress and arguments following us into the Christmas period with family and friends and making it very difficult indeed, especially if we disagree with relatives and friends politically.

There are many factors which led to the surprise results on both sides of the Atlantic and one of them is almost certainly the failure of the ideology called capitalism or more specifically neoliberalism. In the words of George Monbiot, neoliberalism (an aggressive form of unregulated capitalism) ‘sees competition as the defining characteristic of human relations’. For people who believe in neoliberalism, there is no other way, because competition between humans and all species is ‘a kind of biological law, like Darwin’s theory of evolution’.

According to neoliberals, selfishness and competition is as natural and inevitable as evolution. However, the truth is that ‘cooperation and altruism are in fact quite common in the natural world’ – even in the smallest of single-cell organisms. Brewer’s yeast, for example, has evolved to be cooperative, because cooperation means more food for the group. When selfish yeast strains evolve, they are not evolutionarily successful because if they were, overall food production for the colony would go down and that would not be good for the yeast as a whole.

We can learn from Brewer’s yeast, because the same is of course true for us humans. If we only look out for ourselves, there are many who suffer and it ends up being bad for the whole of humanity. Just as the alternative to competition is cooperation, the alternative to violence and violent ideology is peace-making and non-violent change. In the book of James, it says ‘Peacemakers who sow in peace reap a harvest of righteousness’ (Jas 3.18), and James was right: research has shown that nonviolent revolutions are more than twice as likely to be successful, durable and bring long-term stability than their violent counterparts.

What does all this mean for us at Christmas time you ask?! Here are some important things to remember in this season of goodwill and hope:

1. Jesus came to show us how to live peacefully and cooperatively, loving our neighbour and our enemy. God has not and will not stop plotting goodness with us because of Donald Trump or anything else!

2. We need to listen to and respect people with whom we disagree and find common ground. We will not get anywhere and people will shut down if we do not speak to them non-violently. Non-violent communication is incredibly helpful in relationships with friends and family and also in online discussions. Learn the methods here or get Ruth to come and do a workshop with your group.

3. We need to reach out to those who feel frightened and unsafe post-Trump and post-Brexit. This may include European friends who are unsure about their future here and LGBT or minority ethnic friends who fear a resurgent far-right.

4. We need to keep on promoting alternatives to the capitalist status quo. There is genuine dissatisfaction with the way things are, and we need to model positive ways forward.

5. We need to take action on climate change and care for the earth ourselves, because we can now be confident that politicians will not save this planet. It’s up to us. We need to live more sustainably, get our churches to divest from fossil fuels and divest ourselves, support the water protectors protesting the Dakota pipeline, and promote green alternatives to fossil fuels and fracking.

6. We need to be relentlessly positive. This may mean balancing out the negativity of mainstream news by reading something like Positive News as well. This will help us to not feel overwhelmed and despairing, and will lead us to positive action rather than resignation.

Have a wonderful Christmas from all here at SCM! We look forward to working with you now and throughout 2017 to bring in God’s kingdom of peace, cooperation, goodwill, hope, joy and love.

Tags:
Christmas
< Back to all blogs