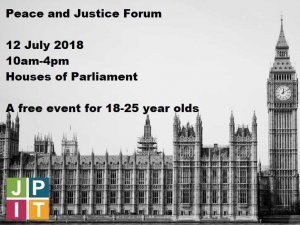 In a fair society, each generation might expect to inherit opportunities which are at the very least equal to those open to the previous generation.  For the baby boomers[1] and generation X[2] this has been the case but for the first time in a century, the next generation – the millennials – have worse prospects than their parents’ generation.

This can be seen in a n 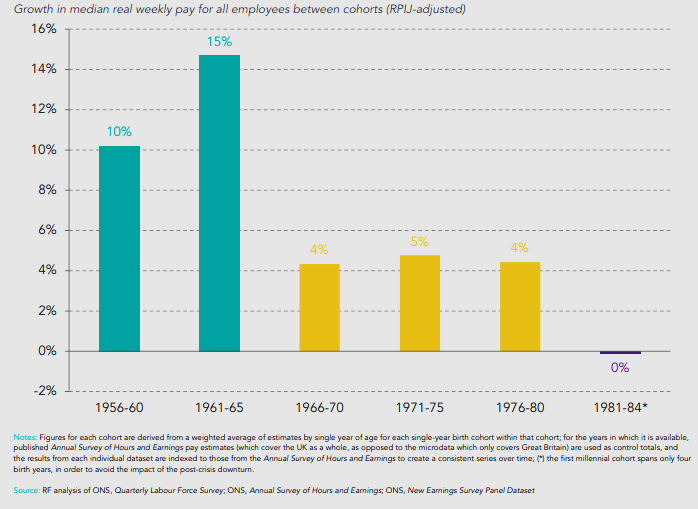 The first of these is earnings: millennials are the first generation since World War 2 not to see their wages increase in comparison to those of their parents[3].

This first trend of lower earnings is related to the second trend: lower levels of home ownership. Lower earnings combined with the huge increases in house prices over the last 20 years mean that home ownership has become increasingly off-limits for younger households.  Millennials at age 30 are just half as likely to own their own homes as baby boomers were at that age[4]. As a result, millennials spend an average of £44,000 more on rent in their 20s than their parents did.

The intergenerational divide also has implications for democracy in our country.  As is often highlighted, young people don’t turn out to vote in the same numbers as the older generation.  This may be why politicians have been more inclined to offer policies that benefit older people, such as the ‘triple lock’ on pensions.  Furthermore, young people are not getting the outcomes they vote for.  In 2017, 62 percent[5] of those under 40 supported Labour, and in the EU referendum, of those aged under 25 who voted, 71[6] percent voted to remain in the EU.  I don’t need to remind you of the results of both polls, but they did not reflect the votes of the majority of young adults in the UK.

As a young person, campaigner and Christian I can understand the low turn-out amongst young people. If you aren’t getting the results you vote for, is it any wonder that you are less likely to turn out to vote? What is the point of voting if our votes don’t seem to make any difference?

What I have to remind myself is that this isn’t how democracy works. For democracy to flourish we all need to show up.  If the turn-out amongst young people continues to be low, policy makers won’t take our views on board – and the vicious cycle will continue.

In Acts 2:17 it says: “In the last days, God says, I will pour out my Spirit on all people. Your sons and daughters will prophesy, your young men will see visions, your old men will dream dreams.”

It takes the contribution of every generation to build a flourishing society. Each of us has a role to play in the Kingdom of God. Decision-makers need to hear the visions and the insights of young people as well as the views of the older generations.

A good way to start doing this is by turning up, participating in democracy and demanding that our voices are heard.

The Joint Public Issues Team want young people to explore their visions for society and feel empowered to be agents of change in their churches, communities and the world at large. To help do this we are launching the Peace and Justice Forum for anyone who is 18-25 and has a passion for social justice.  The Peace and Justice Forum will launch with a free event in Parliament on 12 July 2018.  If you are interested in getting involved you can find out more information and an application form here.