International Women’s Day 2017: We Are All Called by God 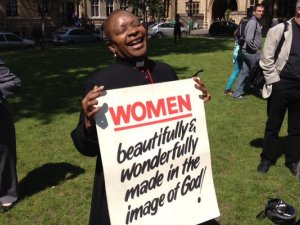 A few weeks ago, the children at the Church which my family attend on Sunday mornings were asked – who, living or dead, real or fictional, would they most like to share a coffee with? The winner was Michelle Obama. As surprised as I was that this group of tweenies would shun available popstars and footballers in order to share their Starbucks with the ex-first-lady of the USA, I must say I completely agree with them.

It may seem odd starting a blog post on how women leaders have inspired me by referring to a woman who, ultimately, is famous because of the leadership of her husband. However, there is much to admire about Michelle’s own qualities as a leader. A successful lawyer, a Mother, a political campaigner, a public speaker and a spokesperson for ethical issues; Obama seems to juggle these various roles with an extraordinary level of confidence, dignity and humility.

Confidence, dignity and humility are pretty hard qualities to keep up all the time, especially in the face of disappointment and opposition. And keeping up these profoundly Christian qualities has also been exemplified in other female leaders I have admired. I am especially thinking of those first women ordained as Priests in the Church of England, women who have had to walk a tricky tightrope between being dignified and humble, and being resolutely confident in their vocation.

I was seven when the first women were ordained Priests in the Church of England. I can remember my family scratching their heads and wondering what it would be like if we ever got a woman Vicar in our little village. Suffice to say, the significance of the occasion rather bypassed me. I was mainly occupied with wondering what new additions to my ‘My Little Pony’ collection I’d be getting for my birthday.

Twenty three years on, the world has changed. Women can not only become Church of England Priests but now, since 2014, Bishops. My life has changed too (as you might rather expect, thinking about ‘My Little Pony’ doesn’t take up a huge amount of my energy any more). I was ordained as an Anglican Priest at the age of 26, and now minister as St Luke’s Chaplain at the University of Exeter and Vocations Development Officer in the Diocese of Exeter.

Throughout my time of discernment, training and ministry, the particularities of being a female Priest is something I admit I’ve not really thought much about. There is a good reason for this. Being ordained at the time I was in 2014, I was not one of the pioneers of women’s priesthood. I didn’t have to put up with the “gosh, a lady vicar” comments or the awkwardness around seeing a woman in clerical collar, stole or chasuble. A woman Priest no longer raises eyebrows in the way that it did twenty years ago.

Another benefit I’ve had from being ordained Priest in 2014 has been some strong female role models in senior positions in the church. Since the consecration of Bishop Libby Lane in January 2015, there have been ten female Bishops consecrated in the Church of England. I have had the pleasure of ministering under two of them – Rt Rev Ruth Worsley, the Bishop of Taunton, and Rt Rev Dame Sarah Mullally, Bishop of Crediton.

It is important to me that women now hold senior positons in the Church in which I serve. Not because I am any more or less inspired by them than I am by inspirational male leaders, but because their presence at the most senior levels of the Church represents something profoundly and theologically significant about humanity, about equality and about recognising the God-given calling of all. Like the first women Priests, the pioneering women Bishops have also had to tread that tricky line between graciousness and dignity in the face of opposition, and absolute confidence in their vocation.

And it’s clear that this sort of woman inspires other women to adopt those same qualities. Michelle Obama once said; “I am an example of what is possible when girls from the very beginning of their lives are loved and nurtured by people around them. I was surrounded by extraordinary women in my life who taught me about quiet strength and dignity.”

We can always look to those around us for inspiration. And this is true whether you’re a woman or a man, and whatever your vocation might be. 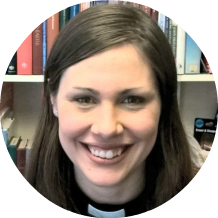 Written by Revd Hannah Alderson, St Luke’s chaplain at the University of Exeter and Vocations Development Officer in the diocese of Exeter.

Tags:
Vocation
< Back to all blogs