A Journey to Faith

This is a record of my experience as a convert from atheist to Christian in my early twenties. I grew up in a household where my father was an anti-theist, the idea of stepping foot inside a church made him deeply uncomfortable and so, as a family, we rarely did. Christianity was a dirty word in the house and we had a large, brass crucifix in the kitchen drawer that my father used to tenderise meat.

I spent hours of my teenage years on internet forums making the atheist argument about the world, inspired by Richard Dawkins and the New Atheists. I wrote long diatribes about Christianity and took an incredibly dim view of any believer I came across. They must be stupid, I thought. I left Norfolk for London to go to university and study politics, and within the space of six months I was back at home having failed miserably. Deeply unhappy, unemployed and aimless.

You would think that this might be the point where I found faith but what I actually found was architecture. I wrote a blog post back in 2009 on the subject of Norwich Cathedral, how it touched me in a way little else ever did and lamenting the lack of a cathedral for atheists. The fact I didn't realise then (but do now) is that there are cathedrals for atheists everywhere we look, from shopping centres to airports. Cathedrals are special because they are places of faith, they look up to God and not down at our consumerist society. They are the places in our cities reserved for contemplation, for philosophy and thought and faith. 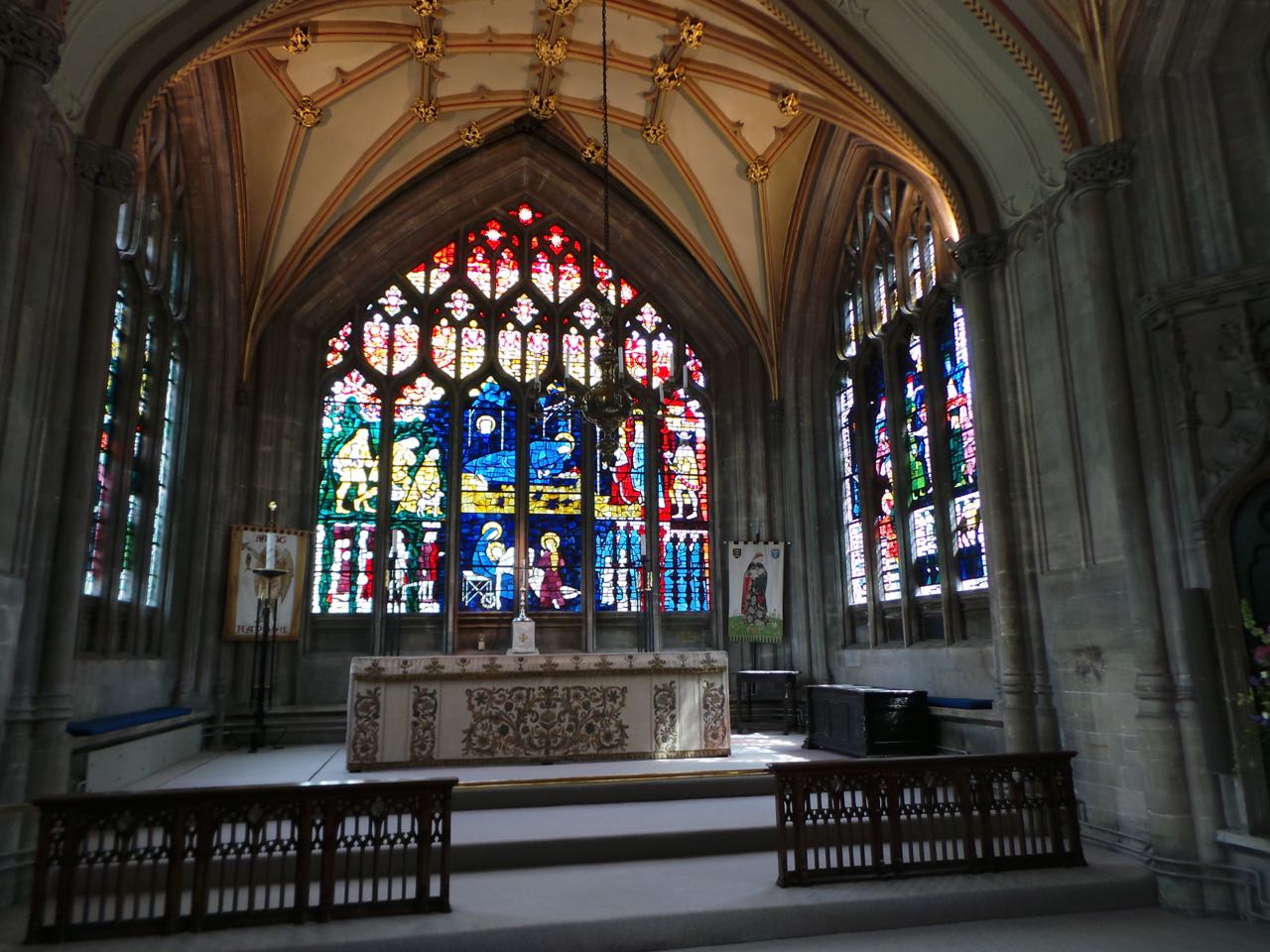 I moved to Bristol in 2011 to work for Oxfam helping to manage a bookshop there and began to enjoy my life. I was busy with work and loving the chance to live in, and explore, a new city. I began to make architectural pilgrimages to St Mary Redcliffe church, an absolutely stunning building that sang to my soul. At the same time I met my husband, Christopher, who was living in Venice when we came across each other’s blogs online. He moved back to the UK and we started a long-distance relationship between Bristol and Southampton.

He was the first Christian I knew personally. His group of friends (now my group of friends) crystallised around the chaplaincy and SCM at the University of Southampton, and when I first met them it was only a few years after they had graduated. I found that all my preconceived ideas about what it is to be young and Christian melted away. I still wouldn't have considered myself to have any faith but I was meeting people who were earnest, friendly, devoted and kind. People who didn't use their faith as a weapon, but as a tool to shape their entire lives and to create wonderful relationships.

Hearing about SCM for the first time had a profound effect on me. I remember reading Movement magazine at Christopher's flat and realising that faith in action could be a powerful and positive thing. My ideas of Christianity as a homophobic, unwelcoming, traditionalist, conservative, reactionary faith began to be eroded as I came across Christians in favour of gay marriage, Christians working for great causes, campaigning against poverty and economic unfairness and getting involved in anti-war protests. It struck me that being a young Christian in the twenty-first century was a radical position to take. It took me on the journey from being a militant atheist to a sympathetic agnostic.

Back in Bristol I began to visit St Mary Redcliffe regularly. I spent hours looking at the building and eventually I found God. I can't describe quite how it happened but I remember looking at stained glass and crying, and feeling the weight of my childhood and early-adulthood lift from my shoulders. At this point I knew I had to find out more about faith, more about why this building was here and why it drove my friends to do good things.

I tentatively stepped into my local parish church on a Sunday that week, stumbled my way awkwardly through the liturgy, holding my service book at the altar for a blessing, mumbling through hymns I'd never heard and shaking with nerves. This was all alien to me but the warmth shown by the congregation afterwards drew me in, staying and talking afterward with coffee and croissants became a highlight of my week. It's surprising that my conversion to Christianity lies on the foundations of ecclesiastical architecture, Movement magazine and fair-trade coffee, but that's the way it goes sometimes.

After a few months I was getting into the swing of things. I was reading the Bible, going to a home group, trying to develop my own personal relationship with God and Christ through prayer and action. I experienced my first Christmas as a Christian, joyfully celebrating the birth of our saviour with my church family at the Midnight Service and walking back home in the cold and dark and feeling Jesus with me.

I managed to flood the church when I was baptised in the spring in a full immersion tank. As I stood in the vestry in a sodden pair of jeans, dripping all over the carpet, I knew that life was on firm foundations now. Now I'm married, living in Southampton with my wonderful husband and I've gone back to university to study philosophy. As of this week I'm the President of the new University of Winchester branch of SCM and I hope this little story proves that evangelism isn't just for the evangelicals and that by being radical, open, friendly and just we can show God's love to others through our actions.