Many trans people are in danger for their lives, and some Christians don't help 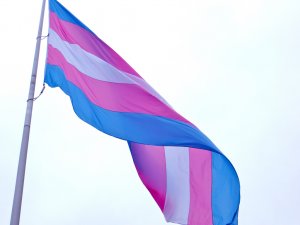 On Monday evening, walking to meet a trans friend for a meal, I felt low, which is unusual for me. Suddenly it dawned on me that my mood was due to a clip from a breakfast television discussion I'd watched earlier that day. Once again, someone was expressing alarm about trans people: convicted rapists were undergoing transition so they could be transferred to women's prisons; the Soham murderer had declared an intention to transition. This association of trans people with rapists, prisoners and child murderers is nasty and insidious, but the media has been full of this and similar misrepresentation recently.

No wonder I was feeling miserable! Naming the source helped, and I then had a happy evening with my friend, who was fresh from her voice workshop at her gender identity clinic. The next day she would be back at work in the high-tech environment she loves, and which draws on her creativity. She juggles childcare and, being middle-aged, will shortly be spending quality time with her elderly mother, as I do with my mum. Most trans people’s lives are unremarkable. It’s our experience of gender variance that makes us ‘different’, and much of our energy can go into managing that aspect of our lives: either concealing it or addressing it. Yet, whatever option we choose, we’re usually trying to blend in, rather than draw attention to ourselves, and certainly not on an ideological crusade.

Most of us want neither media nor any other attention. Attention can be dangerous. It can lead to bullying, hate crime, violence and even death. The statistics for the murder of trans women are horrifying.

This is one reason that trans people’s voices are not heard in these discussions as they should be. I myself am ‘out’ because I was in the position of having to ‘out myself’ before the Sun newspaper could do so. The press hounded me for being transgender. Like others who’re open about being trans, I take the opportunity to inform people: in my case, speaking in public about being trans and a Christian and a priest. I want people to see that these are not incompatible but mutually enriching.

If it is often unsafe for trans adults to speak up, the problem is magnified for the parents of gender variant children and yet, their choices are being questioned just now by people who appear never to have spoken with these parents, and without researching this very specialist area of care.

Everyone is entitled to their opinion about gender, but voicing highly critical opinions about trans people, gender variant children and their parents has negative effects, in terms of mental health and wellbeing, including self-harm and suicide, as is well-documented.

What makes for a good studio ‘debate’ can have distressing consequences for trans people, and programme makers are behaving irresponsibly by offering airtime to views that are uninformed and potentially harmful. I’m especially sad when Christians take to the airways to contradict the international, interdisciplinary, evidence-based standards of care for the health of gender variant people.

The recent publication of exemplary guidance from the Church of England, designed to address the bullying of gender variant children, unleashed a media frenzy about trans people. As so often, its focus was almost entirely on trans women, possibly because some of us stand out, due to the effects of testosterone earlier in our lives. These verbal attacks are a form of bullying and need to stop. They’re especially unbecoming in Christians, given our belief that God looks, not on outward appearance, but on the heart (1 Samuel 16:7).

The Revd Dr Christina Beardsley, a retired healthcare chaplain, is co-editor (with Michelle O’Brien) of ‘This is my body: hearing the theology of transgender Christians’ (2016) & co-author (with Chris Dowd) of ‘Transfaith: a transgender pastoral resource’ (forthcoming 2018), both published by Darton, Longman & Todd.

Tags:
Christianity
Inclusion
< Back to all blogs