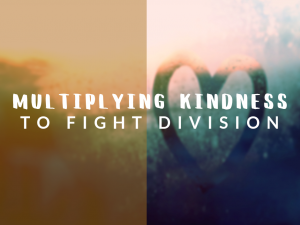 A few weeks ago, I went to the Coventry Climate Strike.  It was only a little one by comparison to some other major cities, but I was pleased my home town was doing something.  As I was stood with the other strikers in Godiva Square, a very muscular disgruntled man came over to the Godiva statue and started having a bit of an argument with a chap about having stickers on the statue and started to take them off. His argument was that it was disrespectful towards people whom the statue is for. An interesting argument, but the statue primarily is just a statue of the tale of Lady Godiva, perhaps one of the most famous protesters in English folk law. I thought to myself that his reasoning had holes. However, I wasn't going to get involved, as I mentioned he was very muscular and very angry. I am not sure what his real gripe was, might have just been having a bad day or maybe the statue meant more to him for some reason. But amongst all that was going on with the climate protest, and the conversations around calling for governmental reform, the most offensive thing was stickers on a statue. But fair enough that's his world view, sort of have to respect his voice. (As a caveat, I don't necessarily think he was pro climate change.)

I have similar thoughts about one of my favourite things to do, following the daily polls that a certain Christian radio station put out each day. Okay, maybe 'favourite' is a bit strong, but it does fascinate me.  Obviously sometimes the polls are purposefully to cause a bit of a ruckus or conversation amongst the reading audience. Often the responses surprise me, sometimes they make me genuinely sad.  But what it has made me see is this: Blimey we can’t agree on anything, and people are pretty set on their opinions. This is maybe no surprise, but we are all Christians, the 'good ones'! We are reading from the same play book and here we are squabbling with each other?

Division and polarisation are seemingly the natural environment for the UK currently.  Entitlement, the internet echo chamber and increasingly more extreme views seem to fuel this fire. So, what are we to do as Christians who are meant value love, hope and grace as the most precious commodities? We observe the world and see a whole lot of pain, suffering and hate. Yet we still add to it, we judge others, we fight over every little bit of scripture and we forget what our main goal is. Yes, I may be grossly oversimplifying this, but when I read scripture, the thing that over rules every other thing is the words from the synoptic Gospels. 'Love one another as you love yourself.' I don't claim to know everything, and there are many more bigger thinkers than I. However, this is what I am going to do; I am standing up for the oppressed and for the world we share, while at the same time being kind to those with different views and reminding myself that not everyone's perfect. A bit like what Jesus did.  At the end of the day, we will disagree with people, and it's okay to be angry about people's opinions which are hurtful, oppressive or just incorrect - but we can still be compassionate and grace filled.  To quote Ellen DeGeneres “'Be kind to one another,' I don't mean only the people that think the same way that you do. I mean be kind to everyone. Doesn't matter."

Rach's Diary: Round Four of Freshers
You means you