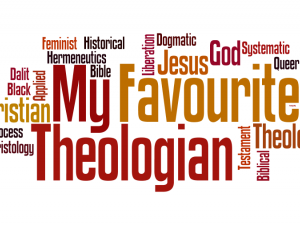 Father Kenneth Leech was an Anglican priest, Christian Socialist, theologian and founder of the charity Centrepoint, which works with homeless young people. His life work and life brought together three strands which too often stand apart: spirituality, political practice and a deep rootedness in the tradition of the Church, East and West. He worked in the East End of London practising a radical ordained ministry in an urban context and believed that prayer and community engagement were at the heart of being a theologian.

Leech edited the seminal work Essays Catholic and Radical (1983) with Rowan Williams during the Thatcher years which stands as a powerful introduction to the progressive Anglo-Catholic voice in the Church. His early work included books on drugs, youth counterculture and racism in British society and he continued to engage with young people and students throughout his career, speaking most recently at SCM Conference in 2011.

True God: An Exploration in Spiritual Theology (1985) is a compelling invitation to Christianity and compares favourably to much popular literature on the subject. Leech takes the reader on a journey into the revelation of God from the Hebrew Bible all the way through to contemporary political Theology, drawing on everything from the Desert Fathers, ‘God the Mother’ in medieval thought, and the contemplative tradition of the Orthodox Church. He invites the reader into a Christianity which is radical, full of intellectual integrity, centred on social justice and yet answers the human thirst for God – what he called ‘subversive orthodoxy’.

Fr. Ken was known to many for his friendship, encouragement and humble spiritual guidance. His work continues to influence Christians in Britain and America as well as a diverse range of theological and political movements including new reflections in Liberation Theology, ‘Radical Orthodoxy’ and urban ministry.

More in this series:

Part of this series was also published in issue 151 of Movement magazine, the Community issue. Movement magazine is distributed free to SCM members and supporters, and you can request a copy here.

Unpacking ‘bigger is not always better’: bodies, food, and health on the Church Time's front page
Hope in the Midst of Climate Crisis
There is evil, there is good, our actions matter, there will be justice