My SCM Experience has Lasted over 50 Years 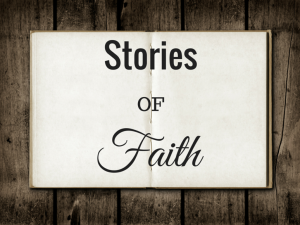 I owe a lot to the SCM. After a good Quaker upbringing, which taught me the importance of being of service to others, I joined the SCM at Bristol in 1958. It did two things for me.

Firstly, I was challenged to face up to a commitment in trying to be a follower of Jesus. Being taken through the Methodist Covenant Service – a celebration and re-commitment of Methodists to the Covenant offered by God – was a significant moment in our Group’s life each year.

Secondly, it helped me to get my mind straight about the sort of book the Bible is. I was able to see it as a record of people’s evolving understanding of God. We studied a book by H.E.Fosdick, in which he details this approach. That has stood me in good stead ever since, along with a desire to ask of any Bible passage, “what does this mean in the context out of which it came?” and “why did the writer put it in?”. Finding the answers to such questions usually makes for a much deeper and better understanding than what the words may seem to be saying.

Academically, my studies at Bristol were in Physics and Psychology and I wanted coherence between the scientific world view and my understanding of faith. When I went on to teach science in Malawi, it was to young people who had been brought up in churches that took the Bible literally and so they presumed that you couldn’t be a Christian and a scientist. So with the student Christian group in the school (symbolically, we met in the science lab) I looked at Genesis. It seemed to me that if you can deal with its first two chapters, you can handle the rest of the Bible because you’ve had to address questions of Biblical sources, the evolution of life and the nature of being human. I was glad to be involved in supporting the Student Christian Organisation of Malawi which received funds and support from the WSCF. I was Treasurer for its Travelling Secretary with whom I became good friends.

I’ve remained a Quaker and a liberal Christian (labels are needed) but with a strong willingness to work with those of other backgrounds. Twenty seven years in the ecumenical, interfaith and international setting of the Selly Oak Colleges in Birmingham showed me what amazing lives of witness and service are lived by people nurtured by so many different church and faith communities. Richard Holloway, in his book of 2005, Doubts and Loves, says that it matters less to him what people say they believe than what it leads them to do. I came to like the book with a religious writings reading group that I ran for the local University of the Third Age. That and being involved with Christians Together in Minehead have been part of my continuing commitments that began with that first experience in the SCM.

Tags:
SCM friends
Deepening Faith
The Bible
< Back to all blogs