No-one left behind, everyone respected : A reflection on Brexit 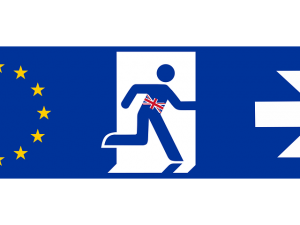 I’ve recently been encouraging SCM students and members to try their hand at ‘Faith Reflection’. This is another name for Theological Reflection, which is a way of reflecting deeply on the world and our faith, usually beginning from a specific thing that has affected us recently in the news or in our own lives. It occurred to me today that, despite the enormity of the decision this country made in a referendum almost a year ago, I haven’t attempted to write a faith reflection on Brexit since the vote happened. This may be in part because I believe that many students feel sensitive about our imminent departure from the European Union, or it may be because I’m conscious that not everyone agrees with my own, personal view about it. However, I feel I should attempt to reflect and write on it now that we have ‘triggered’ Article 50.

Despite my apparent reluctance to write about Brexit in the past year, I did publish a blog the week before the referendum last year, in which I argued that democracy does not really exist if people are not aware of the truth. I still believe that this is an important issue in the world today and an important aspect of the Brexit vote and the consequences which will now follow, no matter how good or bad. We are now aware of the fact that the lies of the Leave campaign were instrumental to the vote outcome. We are also aware of the fact that post-truth and denouncing of ‘experts’ won the day in the US election later in the same year, and that the new President continues to deceive and mislead the public, to his own advantage.

The internet is a wonderful leveller, but it is also a place where people can get lost in conspiracy theories, lies and ‘echo chambers’. From conversations I’ve had with certain friends, I get the impression that some people are giving up on being able to find out the truth, because they feel that everywhere they look there are more lies! I believe that one of the solutions to this growing problem is to teach children in schools- below the age of 16- how to do research and find out the truth for themselves. In general, people who go to university and learn these ‘research methods’ tend to be able to make better-informed decisions. This important skill should be taught to all people, regardless of when they leave school. If not, we are in danger of having two-tier citizenship: those who can make informed decisions about their lives, politics and everything else; and those who are easily abused by the press and politicians because they are not sure how to find out the truth for themselves.

An economy for the few

It has been pointed out many times, since that infamous line from Michael Gove, that if we trust experts to treat us in hospital and to settle our divorces for us, we should also trust and not simply dismiss expert opinions when it comes to politics and economics. This makes a good point, but I think it also misses an important one. Many people have had enough of certain types of expert. This, I believe, is because they’ve had enough of people telling them that life is good and always improving when it only seems to improve for certain people. For a large majority of the population in this country and the US- and despite the world’s obsession with economic growth- wages and job security have steadily worsened.

There is no point being coy about opinions (please let me know what you think of this blog in the comments below!): I believe that it is better to engage non-violently with people than to avoid conflict altogether and never discuss anything. I will therefore be open and say what I know you all know already: I voted in and I still wish we were staying in the European Union! Having said that, I think there are many underlying issues which we need to sort out, and these would have needed addressing whether we stayed in or pulled out of the EU. Now that we are leaving- and even though I may laugh wryly at some of the amusing cartoons and memes about Brexit (this one made me giggle today!)- I firmly believe that we must now concentrate on the issues which existed before the vote, as well as turning our attention to those which may become more difficult because of the vote.

Our focus now must be to build a fairer, better society which values people as individuals, not as cogs in a big machine or simply contributors to an economy which favours the few while leaving many without dignity, respect, money or control over their own lives. And in addition to those who have been progressively impoverished and disenfranchised, there is another group who must be respected and remembered: ‘remainers’. You cannot move forward constructively if you dismiss half of the population’s opinion and anxieties. This is where democracy often fails badly and becomes the tyranny of the (small and sometimes non-existent) majority! We need to find a way of taking everyone forward together, and that means listening to and respecting everyone.

Jesus saw every person as an important and valuable individual and often broke societal rules to show it: he stood up to a mob about to throw stones in order to protect a woman accused of adultery (John 7.53-8.11) and turned over tables in the Temple where poor people were being economically exploited by the Temple authorities (Matt. 21.12). He cared more about people than political systems, religion, States or ideologies of any kind. Jesus only had one ideology: belief in the value of every human being and the value of creation. He loved people as God loves them. We need to build our shared future based on respect and compassion, because no-one should be left behind: everyone and everything ‘is sacred, connected and respected’.

Tags:
Brexit
Politics
Jesus
< Back to all blogs