Nothing Can Be Certain But Death And Metaxas 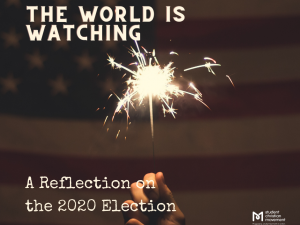 A particular branch of “theology Twitter” is once again debating the theological placement of Dietrich Bonhoeffer, a pastor and theologian who was killed by the Nazis in 1945. Specifically, the debate is centered on Eric Metaxas’ 2009 biography of Dietrich Bonhoeffer, which was widely panned by Bonhoeffer scholars. Amidst these many critiques, Metaxas is again defending his book, claiming that “academics hijacked…Bonhoeffer’s legacy for fifty years”, and so once again historians, theologians, and others are calling out Metaxas’ hubris. (Dr. John Fea, history professor at Messiah College, has a fantastic overview of all of this on his blog, The Way of Improvement Leads Home, titled “Eric Metaxas vs. Every Bonhoeffer Scholar in the World.” I highly recommend it, and its links to other reviews.)

Although I’m not a Bonhoeffer scholar, I read these exchanges with interest. Why do I care? What point is there for me, someone who spent most of her seminary career focusing on Bonhoeffer’s contemporaries, Barth and Brunner, and now dedicates her time to reading feminist and contemporary theologies, to get involved? Yet in reading the critical assessments of Metaxas’ ill-fated biography, I was struck by a recurring theme.

Just a year before The Election©, a colleague delivered a beautiful sermon warning us not to operate in fear. He said, in summation, that to be Christian is to operate in hope, not fear. We have hope in the restorative and redemptive plan of God, and so we must not give in to our desire to fearfully fight back, to hide, or to react with short-sighted actions. This moving sermon has stuck with me through my PhD, as I read about women fighting for their identity in God. There is a difference between active resistance to evil and fearful reaction. For instance, Rev. Dr. Katie Cannon, a founding womanist theologian, believed that even in knowing “We deserve better” resistance could be like a “silent grace.”1 As Black women face complex oppression, they fight to better themselves and their community. This is a type of redemptive and restorative action. As Cannon and other womanists proclaim loudly, they do this in the hope that God will redeem their suffering, and that their actions are done so that one day a restored world will no longer have these sufferings. Their actions are taken in hope, not fear.

Similarly, Jürgen Moltmann’s Theology of Hope explains that in God, we hope for new understanding and new questions. We no longer need to fear or despair, but instead we develop a new understanding of the world. Freedom does not mean power or domination. It means justice and mutual recognition. Freedom is not won by fearful attacks, but instead by active work toward equality. Caring equally for those who are not “us,” and having a primary concern for those who are not free, should be a Christian’s focus.

It is in listening to these voices that I realize my problem with Metaxas’ view of Bonhoeffer. Bonhoeffer sacrificed not only his life, but his pacifist beliefs, as he decided to actively participate in an assassination plot against Hitler. (Problematically, Metaxas believes Bonhoeffer was not a pacifist, as explained in Clifford Green’s 2010 review, “Hijacking Bonhoeffer.”) We must not forget that this decision pained him. He did not believe his action to be “right,” but instead saw it as necessary because of his love for others. He put himself and his own privilege  second to the freedom of others.

Metaxas has done the opposite, both in his understanding of Bonhoeffer and in his support of Trump. Jon Ward’s 2018 article in Yahoo News, “Author Eric Metaxas, evangelical intellectual, chose Trump, and he’s sticking with him,” demonstrates how Metaxas operates out of fear. Ward’s article, which includes a lengthy email exchange between him and Metaxas, points out how Metaxas’ priority is to retain “cultural and political power” and to demonstrate what he sees as injustice against the Evangelical Right. Metaxas compares what this fundamentalist movement is currently facing (loss in “culture war” issues like abortion and LGBTQ+ rights) as akin to the fight of Dr. Martin Luther King during the Civil Rights movement, the fight of Bonhoeffer against the Nazis, etc. He believes that “secular religion” has taken over “the state,” and that a vote for Trump is necessary to stop the elimination of Evangelical’s rights (or power) in the United States.

Yet, this is precisely the type of fearful action Bonhoeffer and his contemporaries argued against. Barth’s insistence that Jesus is the Revelation of God is not just a simple statement of belief in evangelical Jesus-centric faith. It is a statement that the only way we can understand God is through the life of Jesus—this must include his concern for the poor and oppressed, his active stance against tyrannical regulations, his own oppression as a Nazarene, and his eventual execution by the state. Jesus had no political power, nor did he seek it. Metaxas, in contrast, seems singularly focused on political power.

Metaxas is not interested in learning about the theological beliefs that brought Bonhoeffer to an act he despaired to perform. (Again, I cite Green’s review, as Metaxas believes any criticism of his Bonhoeffer book is just an attack from “liberals” who have “hijacked Bonhoeffer,” and even rejects Bonhoeffer’s own teachings when they are not convenient for him.) He is not concerned with the fact that Brunner, Barth, Moltmann, and many after them identify the imago Dei, the image of God in humanity, as being strongly relational—we must “Love what God loves,” to paraphrase St. Augustine. The Bible is clear: God does not love power, but people. Bonhoeffer cared more for God’s love than his own comfort and acted in a hope for a better world past his own life. Similarly, Dr. Cannon believed that God will bring about justice and freedom for the enslaved, and she fought to give dignity to them through their descendants. Christians resisting Trump now do so with the recognition that the gospel isn’t about political power, so its loss—whatever that means—doesn’t affect our ability to actively love, and free, those around us.

Metaxas, and those like him, operate in a state of victimhood and fear. They believe that these times will determine whether the Church thrives or dies, they believe that they must be the defenders of a Christianity under attack. This distorted view of God as weak and petty, whose people bitterly scrap for political influence clashes with the view of God presented by Bonhoeffer and his contemporaries: a Crucified God – to borrow a phrase – who redeems and restores the world through self-sacrificial love. Let us also be hopeful, even for Metaxas.

1 This is particularly explored throughout her 1995 book, Katie’s Canon, but can also be seen in her work on womanist ethics. Karin Sporre also examines Cannon’s “silent grace” in her 2015 book, In Search of Human Dignity.

Written by Kristy Whaley, who is part of SCM Glasgow.

Tags:
Bonhoeffer
< Back to all blogs