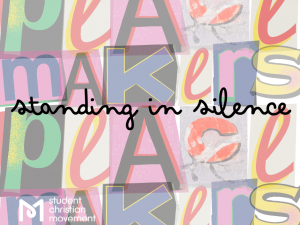 .. We stood in silence, amid the candle light, disregarding the evening breeze, in order to protest the trade of deadly weaponry in the country’s capital city. There are 53 countries considered by Freedom House to be ruled without liberty. The UK has knowingly and willingly sold arms to 39 of them, according to Quaker Roots’ research. We stood silently, contemplative and concerned, knowing that in 12 hours the Arms Fair would begin.

Previously, I had never heard of DSEI, which stands for Defence and Security Equipment International. Their stock ranges from sniper rifles and tear gas to tanks and warships. Not all of these weapons will be used to protect; not all these weapons will be used to deter. Some of them ($17 billion worth in the past ten years) will be sold to known human rights abusers. They will be instrumental in the oppression, destruction and disfigurement of humans, animals and the environment. I did not know that civilian slaughter could be deemed defensive, or their torture considered securing. As we stood together listening to the prayers of the vigil’s organisers and to the testimonies of those directly affected by the trade of weapons, the distant glow from DSEI’s corporate office was easy to dismiss; it did not go away; yet, it did not intimidate either. This powerhouse of affluence and destruction hardly dented the atmosphere of stillness created by those at the vigil.

After many months of lockdowns, it has been difficult to feel connected with God in a communal setting. In fact, it is difficult to find God at all in pictures of fire and war for they are painted by people on canvases of their own wealth and traded in London for reasons ungodly. Nevertheless, as darkness fell at the vigil, the droplets of light speckling the candle-holding crowd looked like the golden residue of heavenly fingertips having touched the saddened hands of praying people. The silence was commanding. The air felt still in observation of our moral dismay. God felt close. Despite the foreboding sound of flowing blooded cash and the stench of metals moulded into weapons, collective silence was one way to be heard. It gave people time to understand the magnitude of DSEI’s contribution to human suffering, and to realise that life is worth far more than wealth.

Prayer alone may not change the world, nor our silence disturb the Arms Fair. However, at the vigil, passionate people gathered to stand together clear in their knowledge that DSEI are doing wrong by the people unprotected, undefended and living without security as a result of the weaponry they sell to recognised abusers of human rights.

In the name of what is right, the Arms trade must end...